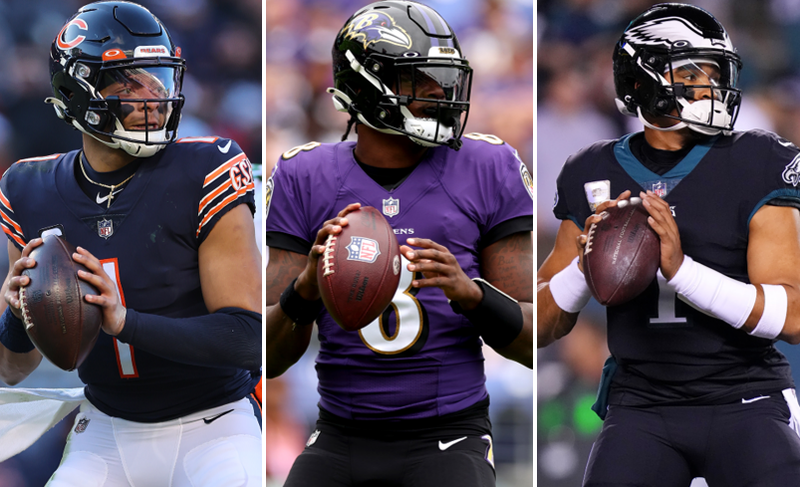 Quincy Avery is never afraid to go against the grain. And through his company, QB Takeover, Avery and his staff train youth quarterbacks, draft prospects, and multiple NFL stars. Few people in football are as involved in the game at every level, and Avery isn't afraid of a good fight on social media. So, if you disagree with anything he says, find him at @QuincyAvery.

Perloff: You've been battling with critics of the transfer portal on social media. Is it good for college football players?

Avery: It’s good for players because it gives them an opportunity to play. That’s what they want. That’s the most important thing to them. The people criticizing the transfer portal don’t understand why kids are leaving. A lot of young people don’t care about school the way older football writers think they should. Young people don’t value the college degree the same way our parents did. Technology has changed everything

They see people making millions on YouTube and social media and they’re building their own social presences. They don’t want a 9-to-5 job. There are more interesting things out there to them. Yes, players might not find a home. But they’re willing to take that risk to play. They can always go back to school later, even if it’s a little more expensive. I just tell them every player who asks me, "You’re going to have to live with the consequences, so think really hard about what you’re doing."

Perloff: How did so many of us miss how good Geno Smith could be with the Seahawks?

Avery: People in the coaching world always knew that Geno was really, really talented. Black quarterbacks don’t keep jobs as backups for that long, unless they’re really talented. Credit the Seahawks' staff… they breathed life into his career by giving him confidence. All those starter reps in the offseason paid off. I could see it this summer. Geno was growing in confidence because the team believed in him. It’s paying off now.

Perloff: How long until Browns quarterback Deshaun Watson is back to playing like he was in Houston?

Avery: Give him three weeks. I think he’s going to get incrementally better. He can look at the tape and see what he did wrong last week against the Texans. He won’t do those things wrong again. And you need to get used to people running at you and trying to hit you. It’s way different than offseason training. Before the end of the regular season, Deshaun should be back to his normal level of play. 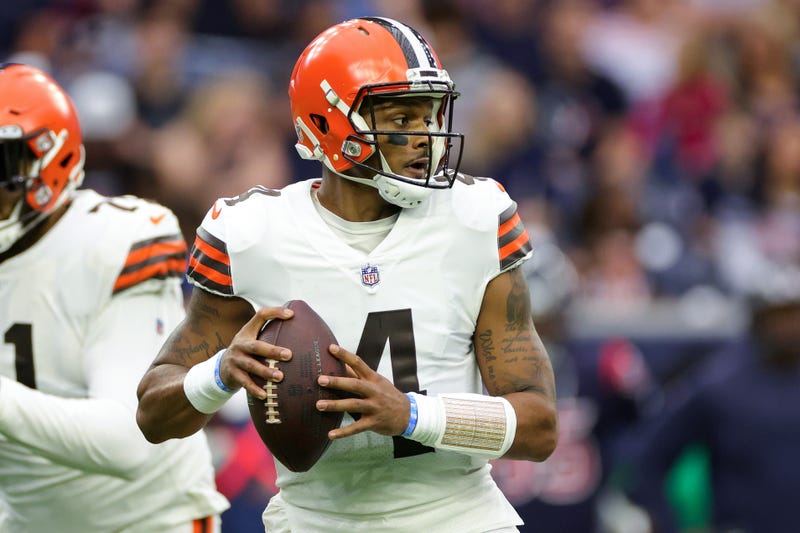 Perloff: Why has Eagles quarterback Jalen Hurts taken such a big jump?

Avery: We were at the Eagles-Browns joint practice this summer. I saw him make some good tight window throws and asked him what he was seeing. Jalen told me that, last season, he would see the defensive back in good position on the receiver and just bail out on the play. He wasn’t sure he could win with that throw. He told me, "Now I know there’s always a throw I can make." He just didn’t know he could be that accurate last season. He’s confident he can put the ball exactly where he wants it.

Perloff: What do the Bears need to do this offseason to make sure Justin Fields meets his potential?

Avery: They need more weapons. They do have some good weapons, but bring in even more. He’s going to make every running back on his team better. He might make the offensive lineman's job harder, because they don’t know where he's going to be. But they’ll also be excited, because he’ll make plays and keep the defense off-balance. What you’re seeing from Jalen Hurts this year is very much possible from Justin Fields.

Perloff: ﻿Would you say the same thing about Lamar Jackson’s weapons in Baltimore?

Avery: The Ravens put too much of a burden on Lamar. If you don’t give him some guys who can separate, he won’t reach his full potential as a passer. How could any quarterback? Some general managers feel the defense won’t play man against us anyway, because they can’t turn their back on a running quarterback. So what’s the point in investing in receiver. Lesser ones will be able to beat zone. But that’s not fair to Jackson. 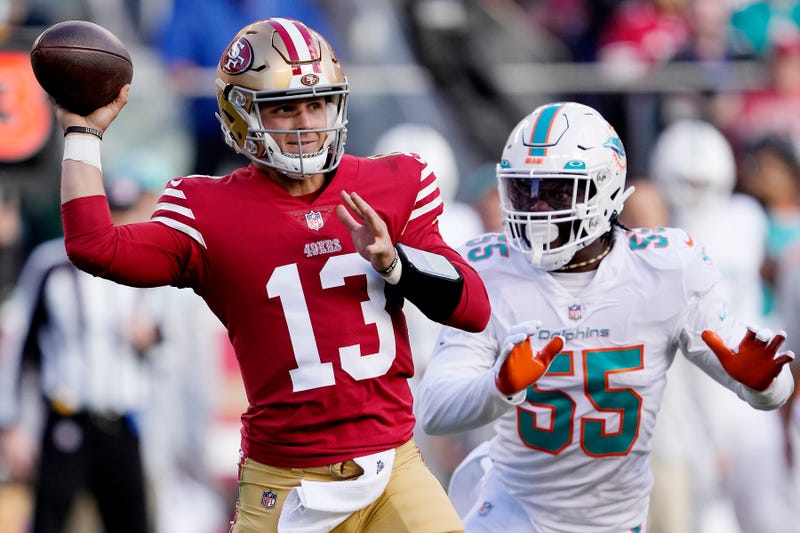 Avery: As long as they can run the ball and don’t get down early, Shanahan can do a lot. But there’s going to be a time when Purdy has to do it himself. You can only plan for so much. At some point every quarterback is going to have to make difficult throws. Even with Jimmy G, that was a question the 49ers hadn’t necessarily answered. Jimmy Garoppolo is talented, but there were times when the Niners acted as if they weren’t sure he could do it.

Perloff: Anthony Richardson is one of the most polarizing players in the upcoming NFL Draft. How do you evaluate the Florida QB?

Avery: Richardson has the opportunity to be the most successful quarterback in this draft -- he’s behind players like Bryce Young and C.J. Stroud, when it comes to reading the field right now. Both of those players are going to go very high -- as they should. But I’ve seen [Richardson] have success making every read -- the first option, the second read, and the third read.

Coaches just want to know he can do everything -- even if he hasn’t done them consistently. That’s a coach’s job, to get Richardson to the point that he can do it consistently. You could argue he’s further along than Jalen Hurts was at that point of his college career (before he got to Oklahoma). He’s the most athletic QB in this Draft by a landslide. He’s bigger, stronger and more twitchy than anyone else. The ball jumps out of his hands. No one is even close.

Perloff: What’s the one thing most young QB's need help with?

Avery: Kids always stride toward the target. People think football is a linear sport. It’s not the ability to turn toward the target, it’s the ability to move around yourself. Throwing is a rotational activity. Think about hitting a baseball. The front leg might go forward, but the back foot stays in the same spot so you can generate power through rotation. Same with football. You need to get your own body in position to throw, not get pointed toward the target.

We strive to be a platform where varying opinions may be voiced and heard. The views, thoughts, and opinions expressed by the author(s) of this article and/or by those providing comments are theirs alone, and do not represent those of Audacy, Inc. We are not responsible for any damages or losses arising from this article and/or any comment(s).
Featured Image Photo Credit: Mitchell Leff, Patrick Smith, Michael Reaves / Getty Images