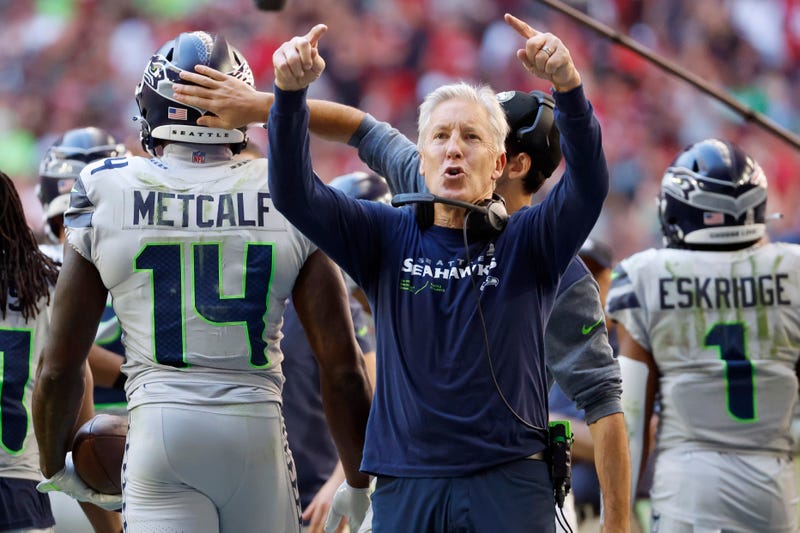 Most Improved Coach: Nathaniel Hackett (DEN) -- He brilliantly set the bar low by attempting a crazy 64-yard field goal in the Broncos' Week 1 loss to the Seahawks. And the 12-9 overtime loss to the Colts wasn't good either. But somehow, someway, Hackett's transformed himself from a laughingstock into a generic, bad head coach. He'd be better off losing by two touchdowns and quietly fading into the background. Denver has some tough matchups coming up and a great chance of avoiding late-game meltdowns.

Not-Comeback Player of the Year: Baker Mayfield (CAR) -- This is the most competitive award of the season. Michael Thomas won it in both 2020 and 2021. But he's got strong competition from Chase Young in Washington, J.K. Dobbins in Baltimore, and Mitch Trubisky in Pittsburgh. And Calvin Ridley would've been a strong candidate, but he was banned for sports betting. So Mayfield gets the nod for being bad enough to get his coach fired and being benched, despite moderately high hopes in Carolina. But this is mid-season. He looked good in mop-up duty last week, and could climb out of this hole.

Best Victory Lap: Pete Carroll (SEA) -- Robert Saleh was certainly strong competition, because he's collecting receipts as head coach of the Jets. But, Carroll's joy in dunking on Russell Wilson is contagious. He beat Wilson during Week 1 in Seattle, and seemingly took a shot at him this week by commenting on how Geno Smith knows the playbook better. Carroll has won a national title and a Super Bowl. Reaching the playoffs with Smith -- after everyone said the Seahawks were tanking -- could be even sweeter. 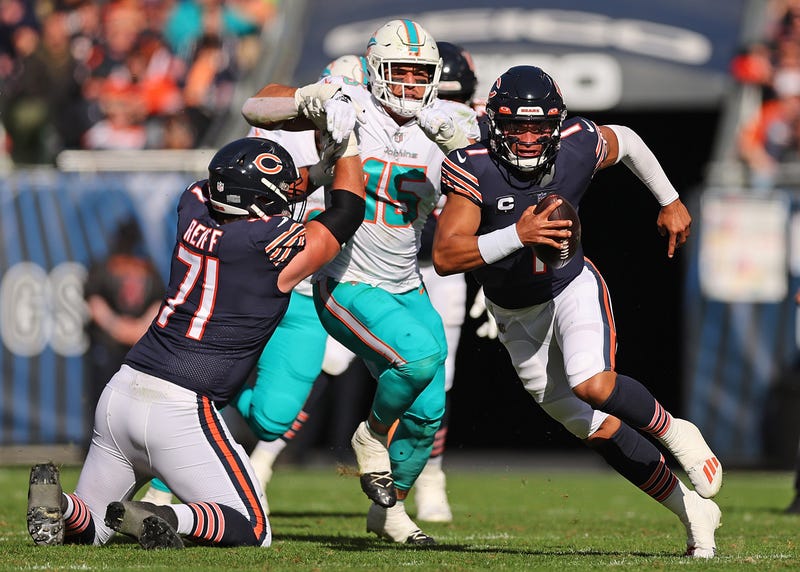 Best Crowdsourced Strategy: Bears -- Last year, angry fans begged the Eagles to run the ball and Sirianni listened, leading them to the playoffs. Now, this year, fans in Chicago and everywhere else couldn't understand why Bears coordinator Luke Getsy wasn't allowing quarterback Justin Fields use his legs. Getsy listened, and started emphasizing Fields' strengths in their Week 7 win over the Patriots. Fields now has Bears fans optimistic about the position for the first time since Sid Luckman in 1948.

Saddest Hug: Josh Allen (BUF) -- This Week 3 moment is arguably worse than blowing a lead against the Chiefs in the 2021 playoffs. You're Josh Allen. You don't lean on Tua Tagovailoa who, at that point, had really done nothing in his NFL career. It's bad enough that the Bills basically lost because it was hot outside. Then your star gets consoled by a guy he outweighs by 50 pounds? Also, here's an honorable mention: Aaron Rodgers said he wants to hug Mike McCarthy when the Packers face the Cowboys in Lambeau this week. That's going to be hard to watch.

Most Devastating Headwear: Sauce Gardner (NYJ) -- In the moment Gardner put on a cheesehead following the Jets' upset win at Lambeau Field, we should've known the Packers were done. There's no way to recover from an opponent wearing the most obnoxious fan gear in the league. And it's not even a divisional opponent that Green Bay gets to see again. Gardner wearing a cheesehead will live in the Packers' heads all season long. We all would've understood if Rodgers had retired right then and there. 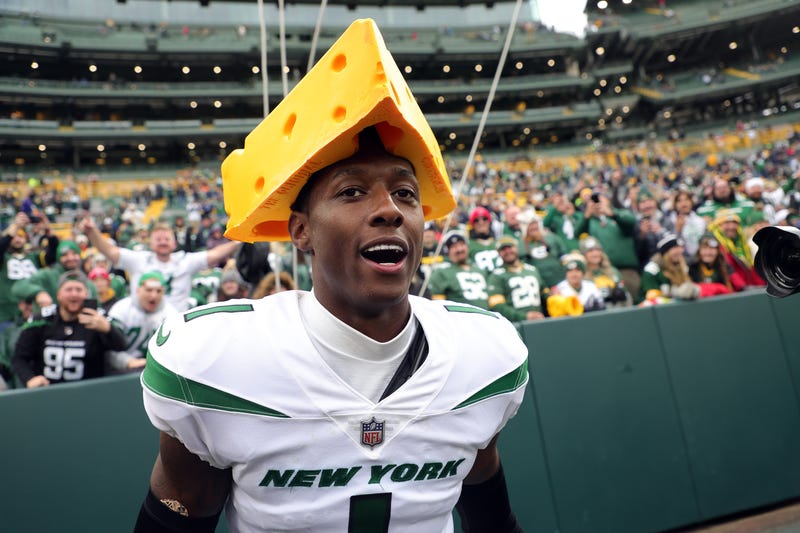 Most Anonymous 7-1 Team: Vikings -- Well, considering there's only one 7-1 team this year, this category was a lot closer than it should've been. Until Kirk Cousins took off his shirt on an airplane, the Vikings didn't make a single ripple on the national scene. And the "they haven't beaten anyone" label will be put to the test this week in Buffalo, unless Josh Allen doesn't play due to his arm injury. Then, the Vikes could become the most anonymous 8-1 team.

Most Ill-Advised Rant: Kyler Murray (ARZ) -- Tom Brady ripping into his linemen wasn't a good look, but he's the GOAT. And he gets a pass, because of everything going on in his life. I don't care whether DeAndre Hopkins runs every route wrong or drops every pass the rest of the season. Murray should do nothing but praise this man for getting him paid in the offseason. Hopkins had just caught a 22-yard touchdown pass, making his exchange with Murray even more mysterious. Now, if Murray wants to holler at Kliff Kingsbury some more, he can probably get away with it.

Best 'Getting His Name Out There' Player: Odell Beckham Jr. (FA) -- How does a receiver, who tore his ACL back in February, have the entire NFL wrapped around his finger? Or does he? Do the teams reportedly interested in him really want to write a big check? The latest and most visible flirtation is with Jerry Jones and the Cowboys. But, OBJ has found a way to be linked to half the league and presumably increase his paycheck significantly. 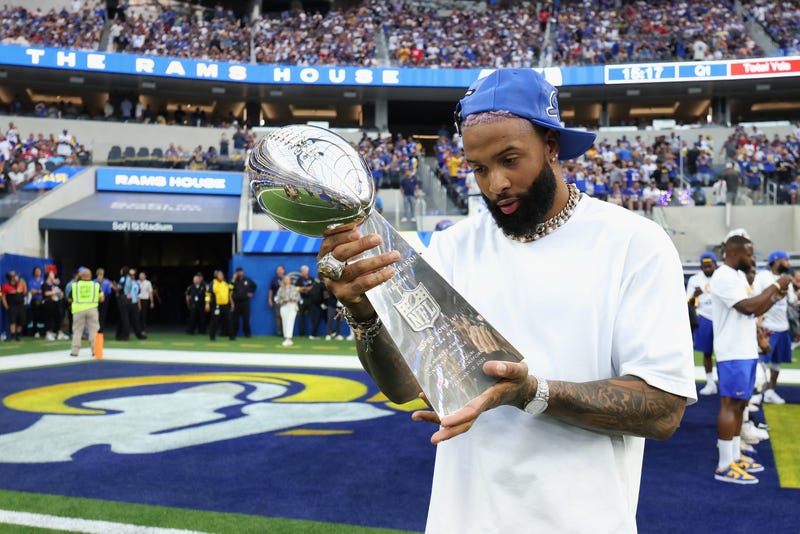 QB Who Played But We Forgot He Played: Joe Flacco (NYJ) -- Flacco started three games for the Jets and led the season’s wildest comeback back in Week 2, against the Browns. But does anybody consider Flacco part of the 2022 Jets story? Most fans still can't determine why he was higher than Mike White on New York's depth chart. Other quarterbacks made a run this season. Skylar Thompson in Miami and Brett Rypien in Denver were pretty forgettable.

Teams Playing the Same Game Every Week: Falcons and Charges -- This category is often dominated by Seattle, with the Chargers as runner-ups. But, the Seahawks have turned the corner, and become exciting. It should've left an opening for L.A. and its ability to play down to any opponent and make every game come within a field goal. But, the Falcons made a strong push by committing so hard to the run, they can make each and every game slow and boring until the final two minutes. There's no possible way last week's Bolts- Falcons game wasn't coming down to a final field goal after a couple of mind-boggling coaching decisions. That's just what these teams do.

Most Improved TV Viewer: Me -- Took me a few weeks, but I’ve reduced my time to flip from Amazon Prime's Thursday night matchup to ESPN college football on cable down from 14 seconds to seven seconds. If both games are boring, I can even squeeze in a Netflix show while simultaneously keeping an eye on both games.

Best Offensive Lineman Plucked From TV to Become Head Coach: Jeff Saturday (IND) -- Close call, but Saturday has the lead at midseason. And we'll see if some other team hires a Damien Woody or Mark Schlereth to make this category even more interesting.

We strive to be a platform where varying opinions may be voiced and heard. The views, thoughts, and opinions expressed by the author(s) of this article and/or by those providing comments are theirs alone, and do not represent those of Audacy, Inc. We are not responsible for any damages or losses arising from this article and/or any comment(s).
Featured Image Photo Credit: Chris Coduto / Stringer / Getty Images