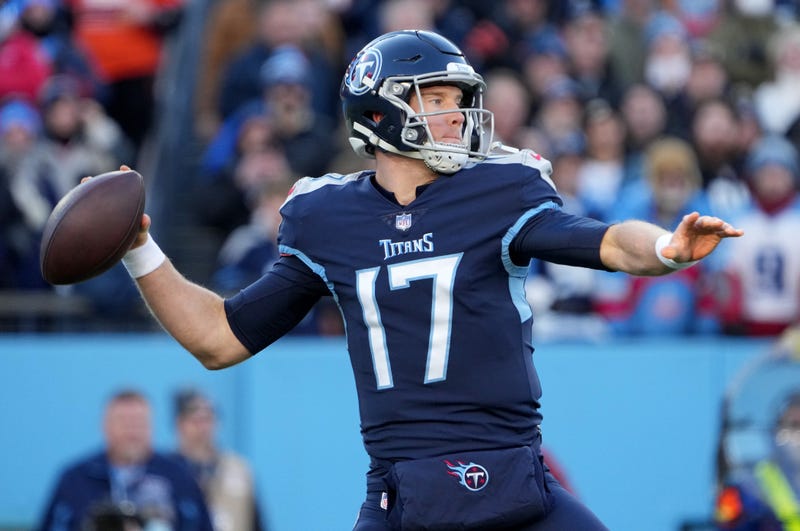 In the Super Bowl era, championships have been won with a game-manager quarterback, who relies on his ground attack and defense to make key plays. But the strategy hasn't been working well enough for the Tennessee Titans in a do-or-die playoff setting, and its flaws were quite visible on Saturday.

With a trip to the AFC championship on the line -- a game in which Tennessee would've hosted as the top seed -- Ryan Tannehill failed to impress. He threw three critical interceptions, and completed just 15 of 24 passes in the team's 19-16 home loss to the underdog Cincinnati Bengals at Nissan Stadium. It was the team's third straight loss on their own field as the AFC's No. 1 seed. So, is it time for Tennessee to look into parting ways with Tannehill?

"How can you? You just signed Ryan Tannehill, what, two years ago. You gave him a nice paycheck," CBS Sports HQ NFL analyst Bryant McFadden told the Reiter Than You show on Tuesday. "I don't know what the contract language details for Ryan Tannehill, but how do you get out of that contract? And do you have a better answer? Do you have an answer waiting? That's the thing.

Tannehill's third interception couldn't have occurred at a more inopportune moment. With 20 seconds left in the game and a chance to win, Tannehill's pass intended for receiver Nick Westbrook was deflected and picked off by Bengals linebacker Logan Wilson near midfield. On the ensuing possession, Cincinnati traveled 19 yards, and rookie kicker Evan McPherson drilled a 52-yard, game-winning field goal as time expired.

After the game, Tannehill addressed his poor performance and the dramatic playoff loss, telling reporters, "It's going to hurt for a long time. It's going to be on my mind for a long time." Tannehill became just the third quarterback since 1991 to throw picks on his first and last pass attempt of a playoff game, and his QBR was a season-low 10.4. According to Spotrac, Tannehill's cap hit for the 2022 season will be $38.6 million.