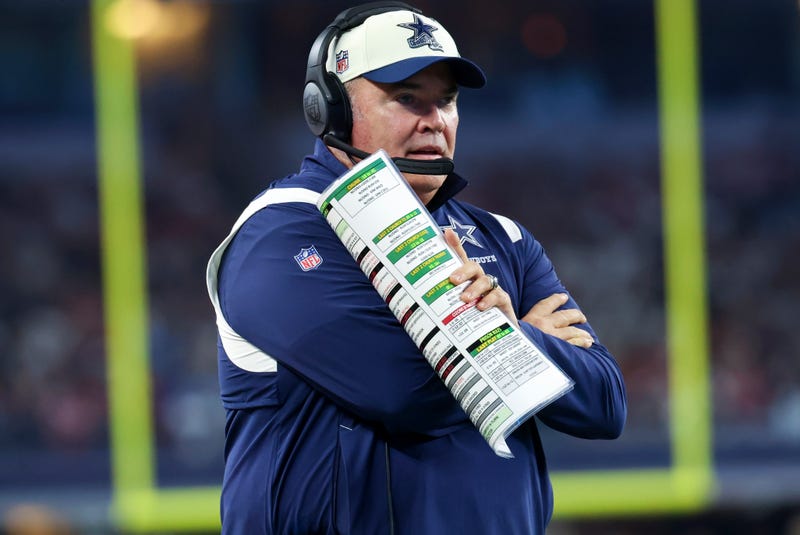 Mike McCarthy is getting a raw deal. The embattled head coach of the Dallas Cowboys isn't sitting on the hot seat because of the job he's done. He might lose his job due the madness the franchise constantly creates in this country.

If you peeled off the stars from their helmets, the Cowboys' season would be deemed a success, and McCarthy would be lauded for what he's achieved in Dallas. To believe the team's expectation should be a deep postseason run is more of a nostalgia play to the 1990s than a realistic football opinion.

How did everyone forget everything that happened heading into this season? Dallas lost receiver Amari Cooper, offensive lineman La’el Collins, pass-rusher Randy Gregory, and then didn't add any significant free agents. Their second-best receiving option, Michael Gallup, was still recovering from a knee Injury.

Future Hall of Fame left tackle Tyron Smith tore his hamstring and suffered an avulsion fracture in his knee in training camp. Then quarterback Dak Prescott broke his right thumb during their first regular season game. This season was set up to be a failure, but McCarthy didn't let that happen.

After that miserable 19-3 loss to the Buccaneers in Week 1, the Cowboys' title odds fell off a cliff. McCarthy's mistake was having his team play too well, and bringing back unrealistic expectations. And to go back even further, McCarthy has done more with this team than Cowboys fans could've hoped for. He took over a perennial average team in 2020, and has finished 12-5 over two straight seasons. If McCarthy pulled off this type of turnaround with either the Texans or Lions, he'd be a two-time Coach of the Year winner.

Part of the problem is, the tendency to overrate Cowboys players because of the super-team phenomenon. The same thing happens with the Los Angeles Lakers, the New York Yankees, Notre Dame football, and Duke basketball. Our fandom (or anti-fandom) clouds our judgement. The average players in these uniforms are considered stars, and stars are labeled as superstars.

The Cowboys don't have a "Dream Team." They didn't go all-in this offseason, like the Rams did last year. There's this fantasy that Sean Payton will come in and make Dallas a true Super Bowl team immediately. That's just over-hyping their roster, all over again.

The media's default mode is, fire the coach. But, maybe the pendulum should shift toward patience and stability. The Steelers have had three coaches since 1969, and Mike Tomlin just proved that he still has his fastball with a surprising 9-8 campaign. The 2020 Bengals finished 4-12, but they didn't give up on Zac Taylor, and he got them to a Super Bowl. Teams we so often see in the top-10 of NFL drafts mindlessly churn through coaches. The process goes nowhere. 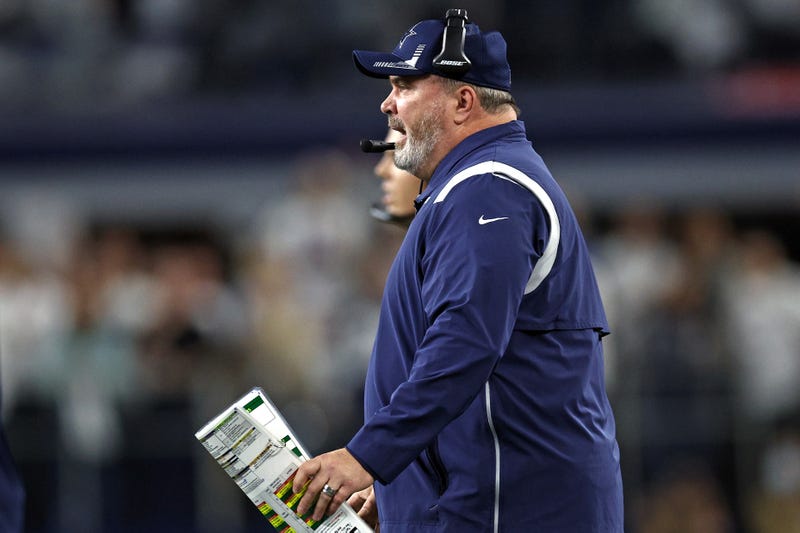 If you're in the camp that McCarthy should just be judged by the postseason, let's look at his loss to the 49ers last season. The Cowboys were at home and 3-point favorites, but did we really understand how good San Francisco was? They were arguably the best team in the playoff field. They should've beaten the Rams in the NFC title game and probably would've beaten the Bengals in the Super Bowl.

Dallas' final drive of that game is the ultimate indictment of McCarthy's tenure so far. But there seems to be a collective misremembering of how remote the odds were that the Cowboys were going to win. They began that drive trailing, 23-17, at their own 20-yard line with 32 seconds left and no timeouts. The win probability was miniscule.

Dallas should get credit for even getting the ball past midfield against an elite defense, instead of mercilessly taunted for running an ill-advised quarterback sneak as the clock expired. Their other option was essentially a Hail Mary and a slim chance of pulling off a miracle. The Cowboys didn't blow anything. They came up short in a furious rally that was statistically improbable to start with.

Now, the Cowboys have to go on the road and face the 9-8 Bucs. A team that we might underrate, just like we did with the 2021 Niners. Tampa Bay's injuries and lack of a running game have defined its year. But what if all those hobbled players -- including veteran center Ryan Jensen -- return on a cocktail of pain-killers and adrenaline, and are more effective than we expect?

As for their running game, we all know what happens to Leonard Fournette in the playoffs. A 12-5 squad shouldn't draw the greatest quarterback in league history, Tom Brady, on the road. This isn't the kind of playoff loss that should mean and boil down to "fire the coach."

The analysts not calling for McCarthy's job are likely busy criticizing Prescott. He leads the league in interceptions, with 15. Prescott has continually thrown into a very dangerous spot: between the numbers of his own receivers. How many of these interceptions have gone off the hands of his own teammates? This is exactly how Dallas lost on an overtime pick-six against Jacksonville in Week 15. This one against the Titans is my favorite, by the way.

A Dak Prescott “interception” that bounced out of Cowboys TE’s hands and into Titans CB Kevin Byard’s grasp. pic.twitter.com/lqNNynEbVw

Prescott was awful in Week 18 against the Commanders. But that game had a bizarre energy from the beginning, because the Cowboys knew they weren't playing for anything. There was no way Davis Webb was leading the Giants to a road win over the Eagles, giving the Cowboys a chance to earn the division crown. Also, are we sure Prescott's knee injury against the Titans in Week 17 didn't affect the way he played?

Go ahead, label me a McCarthy or Prescott apologist. Isn't that what we need right now? Coming out and arguing that McCarthy is a good head coach feels like a radical statement. It shouldn't be the case for a coach who's 24-10 over the last two seasons.

The popularity of the Cowboys is the driving force behind the anti-McCarthy tidal wave. The NFL is showcasing the Dallas-Tampa game on Monday night. Chargers head coach Brandon Staley is safer because he takes on the Jags on Saturday night, the worst television window of the weekend.

Cowboys owner Jerry Jones will have the final say on McCarthy's future. And he's been able to fend off the public criticism and retain his coach in the past. Jones said that this playoff game won't determine McCarthy’s future. But, the noise has been so loud this week, that even Jones can’t ignore it. So Monday could be the referendum game that McCarthy and Dallas never deserved.

We strive to be a platform where varying opinions may be voiced and heard. The views, thoughts, and opinions expressed by the author(s) of this article and/or by those providing comments are theirs alone, and do not represent those of Audacy, Inc. We are not responsible for any damages or losses arising from this article and/or any comment(s).
Featured Image Photo Credit: Kevin Jairaj-USA TODAY Sports