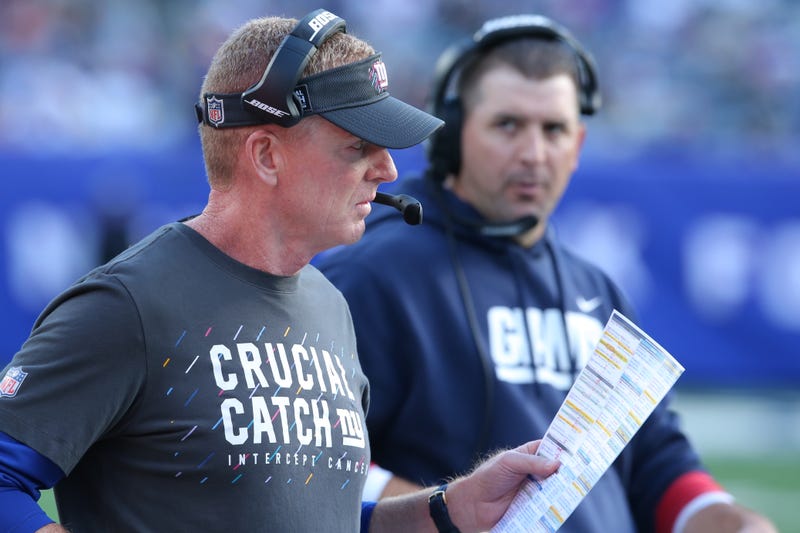 Jason Garrett's time as offensive coordinator for the New York Giants didn't last a full two seasons. He was fired by the franchise on Tuesday afternoon, less than 24 hours after the team suffered a ghastly 30-10 road loss against the defending champion Tampa Bay Buccaneers.

New York's offense was simply inept under Garrett's watch. In 11 games this season, the unit has averaged a measly 18.9 points, which ranks 25th in the league. In 2020, Garrett's first season as coordinator, the Giants scored just 17.5 points on average, the second-lowest mark in the NFL.

"Jason's a friend of mine, he was a teammate of mine. I feel bad for him. But [his firing] was absolutely necessary," Tiki Barber said during Tuesday's edition of the Tiki and Tierney show. "This team is adrift. It feels like they don't have a direction, offensively. Every single week, you're holding your breath, hoping that things will be successful. And very rarely, are they consistently so...

"There's a lot of things that need to change. Garrett, he's the scapegoat, he got fired today. But it's not all that's gone wrong... I can't see where they are heading... Where is the positive? Now Freddie Kitchens is going to come in, be the offensive coordinator, and we're supposed to feel good about this? You don't feel good about this team in any capacity."

The Giants were incapable of establishing a rhythm against the Bucs' defense. They finished the game with only 215 yards -- the second-lowest mark under second-year head coach Joe Judge -- and committed three turnovers. Their lone touchdown drive came off a Tampa interception inside the 20-yard line, and the scoring play happened to be a two-yard pass from Daniel Jones to offensive tackle Andrew Thomas.

Judge didn't mince words about the offense's dysfunction, lack of creativity, and conservative nature. Following the game, he told reporters, "as a player, there's some things I'd be frustrated about, too." Judge's blunt comments were certainly nails in Garrett's coffin, but the overall numbers still tell the story. In 26 games with the Giants, Garrett's unit scored 30 points once.

New York (3-7), which sits in last place in the NFC East, will host the archrival Philadelphia Eagles (5-6) on Sunday afternoon. Entering Week 12, the Giants own the fifth and seventh overall picks in the 2022 NFL Draft.

Tiki and Tierney's complete thoughts on the Giants can be accessed in the audio player above.