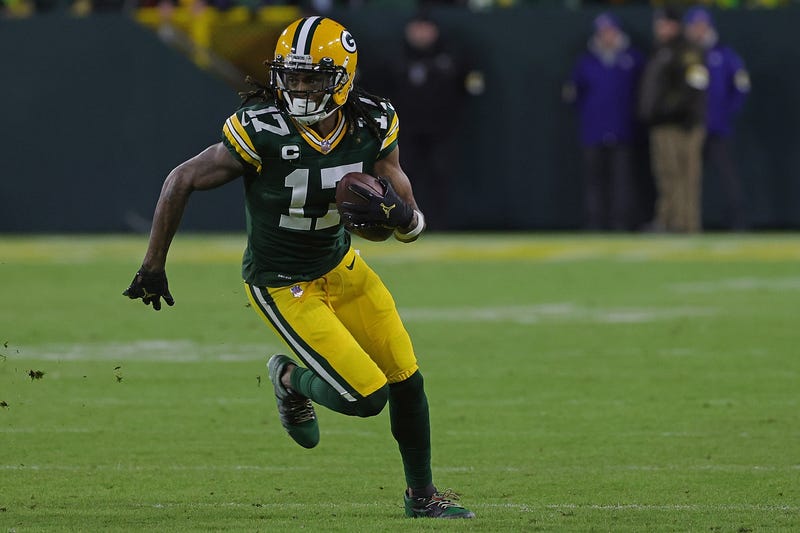 The good news for the championship-or-bust Green Bay Packers is that two-time reigning MVP Aaron Rodgers has signed a record contract and will wear green and gold for an 18th season this coming fall. The bad news is that he'll need to find a new go-to receiver in the slot and outside the hashmarks.

In a blockbuster trade that altered the NFL's landscape, the Packers shipped superstar wideout Davante Adams, Rodgers' favorite target, to the Las Vegas Raiders on Thursday night, for first- and second-round picks in the 2022 draft. The five-time Pro Bowler is also signing a monster five-year, $141 million deal with Las Vegas, which'll make him the highest-paid receiver in league history. Adams didn't want to play on the franchise tag in 2022. Now he won't have to.

"The Raiders are obviously the winners. For simply a first- and second-round pick in this upcoming draft, I'm surprised the Packers were willing to accept with just those terms," former NFL quarterback Steve Beuerlein explained to the Reiter Than You show on Friday. "Raiders are fully committed now with Derek Carr, and Adams will be an immediate game-changer for them. I don't know what this does, in terms of Aaron Rodgers.

"You'd think he was in the loop, at least was part of the discussion. I just can't imagine he was supportive of this. I haven't seen him come out publicly with any statements yet -- at least not what I've seen. I just can't imagine he's very happy with this. So, it'll be interesting to see how that whole thing unfolds as well... It's really a pick-em [AFC West division], from every possible angle."

According to an ESPN report, Rodgers was aware of the Packers' discussions involving Adams before he officially signed his $150 million contract extension earlier this week. Based on this information, the 38-year-old quarterback was clearly comfortable with his decision to rejoin Green Bay, even without Adams hanging around. Adams' frustrations over contract negotiations with the team reportedly dated back to last summer. The duo of Rodgers-Adams was nasty, as they became the most productive touchdown tandem in Packers history.

In 16 games last season, the 29-year-old wideout racked up 1,553 yards on a career-high 123 receptions with 11 touchdowns, and he ranks second in team history in touchdowns (73) and receptions (669), and fourth in yards (8,121). By joining Las Vegas, Adams is reunited with his college quarterback in Carr. They played two years together at Fresno State, and in that span, Adams led the FBS in receptions, receiving yards, and touchdowns.

The entire NFL conversation between Beuerlein and Reiter can be accessed in the audio player above.