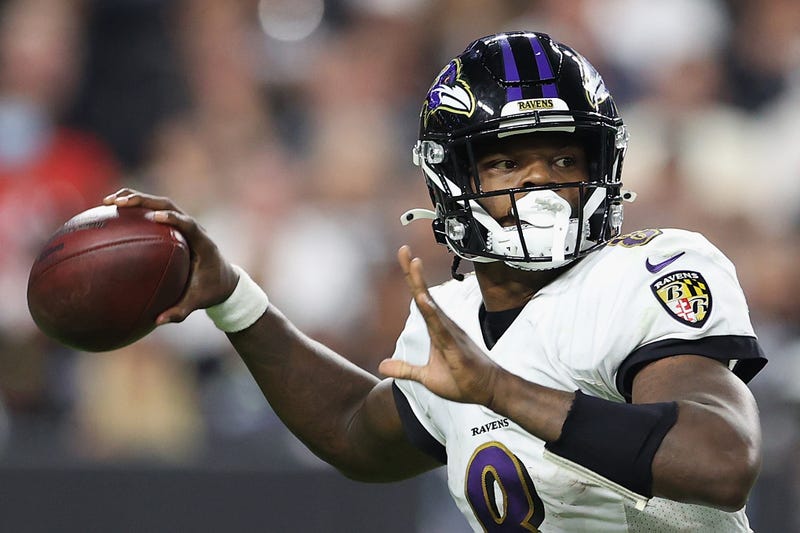 Since 2007, only 12 NFL teams that started the season with an 0-2 record have made the playoffs, out of possible 119. Consider this a kiss of death, even though the league implemented a new 14-team playoff format in 2020.

And so the pressure is on the Baltimore Ravens, which lost its season opener, to rebound at home on Sunday night against the Kansas City Chiefs. If they're unable to -- and the oddsmakers suggest as much -- the hopes of contending for a championship dwindle.

"The Chiefs have really been the Ravens' kryptonite," CBS Sports NFL writer Will Brinson told the Reiter Than You show on Thursday. "You do wonder if that doesn't linger. It's a home opener, it should be rowdy in Baltimore on Sunday night. John Harbaugh catching points at home in primetime.

"I want to take the Ravens against the spread, but I get nervous with the fact that it's the Chiefs. I think the Ravens just have to get a great game from their offensive line and their running game. And Lamar Jackson sort of has to be a superhuman if they want to win this."

Despite their rash of injuries on both sides of the ball, the Ravens nearly beat the Las Vegas Raiders in an overtime thriller on Monday at Allegiant Stadium. Former league MVP Lamar Jackson completed 19 of 30 passes for 235 yards and a touchdown, and rushed for a team-high 86 yards on 12 attempts.

Baltimore's defense was unable to keep Las Vegas' offense at bay, however, as Raiders quarterback Derek Carr orchestrated three scoring drives in the fourth quarter to force overtime. After some whacky back-and-forth during sudden death, Carr managed to connect with wide receiver Zay Jones for a 31-yard game-winning score.

Baltimore will kick off against Kansas City on Sunday night at 8:20 p.m. ET. According to FiveThirtyEight's projections, the Ravens have a 50-percent chance to make the playoffs and a 28-percent chance to win the AFC North.

The entire NFL conversation between Brinson and Reiter can be accessed in the audio player above.