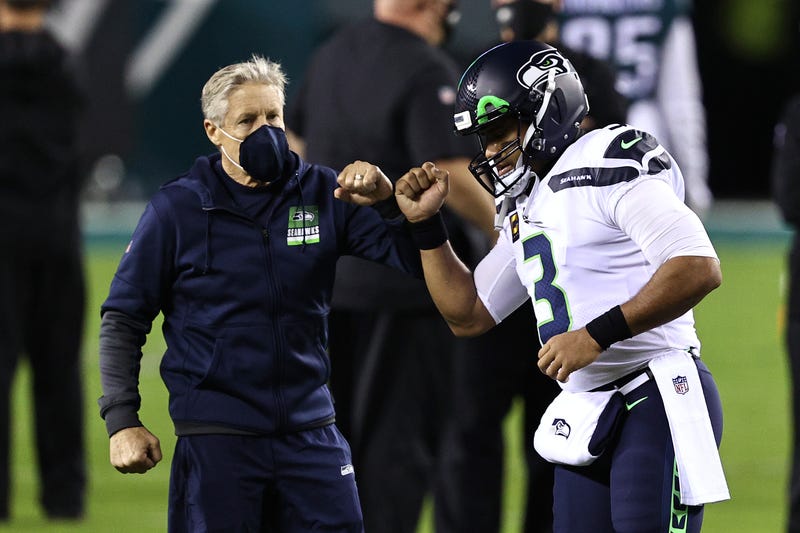 Seattle Seahawks star quarterback Russell Wilson recently clarified that his relationship with head coach Pete Carroll is in rather good standing, and he has no desire to the leave the organization.

But was Wilson telling the truth? Is the veteran signal-caller content with his current situation in Seattle, despite the nonstop conjecture and skepticism? Former ESPN insider and current Seattle radio host John Clayton believes so.

"In all my years covering the NFL, I've never seen a story that's as overdone and people keep going back to it as it is," Clayton told The Zach Gelb Show on Monday. "Even as late as this week, people continued to think there's a problem. Well, the problem has been solved. There's certainly some people in the organization, that they have some friction with Russell Wilson. But not the coach. And if you get along with the coach, and the coach gets you what you want -- and the team gets you what you want -- then everything's okay.

"For example, all of the moves that they've made this offseason on offense, he tweeted out positive things about them... In the end, I think that this worked out great. I think the problem is behind them. Now, we'll see if they don't go to the Super Bowl this year or they don't win, if there's going to be anything going. But as of now, particularly with Russell going on [The Dan Patrick Show] and saying his relationship with Pete Carroll is stronger than ever, the story's done."

In 16 games last season, Wilson completed a career-high 68.8-percent of his passes for 4,212 yards and 40 touchdowns. The 32-year-old veteran also led Seattle to its eighth playoff appearance since 2012, and has the second-most passing touchdowns (267) in his first nine seasons in the NFL -- trailing only Hall of Fame quarterback Peyton Manning.

The Seahawks officially begin training camp on July 28, and open the regular season on the road against the Indianapolis Colts on Sept. 12. According to the William Hill Sportsbook, Seattle has the third-best odds (+280) to win the NFC West division, and the fifth-best odds (+1200) to win the conference.

The entire NFL conversation between Clayton and Gelb can be accessed in the audio player above.