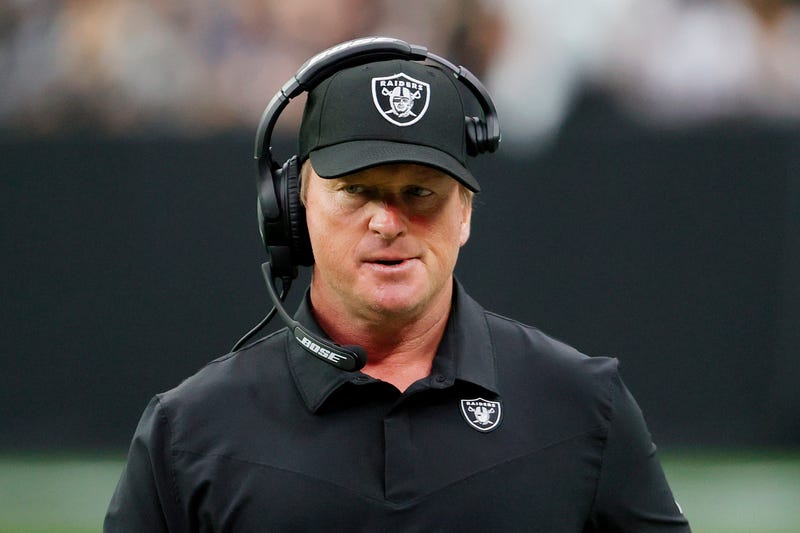 The Las Vegas Raiders have always been cool -- they were, are, and forever will be. No matter the city, no matter the stadium, no matter the record, the Raiders drip with an aura that's unmistakable and impossible to replicate. They've been 2-14, drafted Jamarcus Russell first overall, and played in a facility where raw sewage flooded the hallways. The Raiders have employed head coaches Lane Kiffin, Tom Cable, Hue Jackson and Dennis Allen... in succession. They've been losers and laughingstocks on the field, and yet, they're still cool.

This perpetual swag stems from their DNA, a bloodline created and nurtured by Al Davis, the most ruthless boss ever to walk the sidelines. He embodied the logo's winking pirate with an eye patch and crossed swords behind him. He was a swashbuckler, rough around the edges. And he was confident.

The silver and black color combination is perfect -- the simplicity and beauty of the uniforms impeccable. The renegade toughness, outlaw mentality, and outsider paranoia are the very definition of cool. And when Fred Biletnikoff was dripping with stickum, Gene Upshaw was clubbing defensive lineman with wrapped casts, and Jack Tatum was pointing in your face after clotheslining you on the field, the image was clear. Ken Stabler could stay out until 6 a.m., then toss three touchdowns to beat you by 4 p.m. The Raiders played by their own brand of rules, and won doing it. Three Super Bowl titles in seven years cemented it.

Because Davis was adamant on building a franchise his own way, without any of the pleasantries the rest of the league may have preferred, he dismissed convention. His arrogance and rebelliousness drove him to do everything differently. The rest of the NFL was scared, timid, buttoned-up and unimaginative. Davis was driven to prove everyone wrong all the time, which meant he'd find his own winners in places others discarded or ignored.

The Raiders became a halfway house for those who were tossed aside or lived on the fringes. Jim Plunkett was deemed a bust. Otis Sistrunk was discovered playing semi-pro ball. Lyle Alzado was dumped by the Browns. Davis was fueled by giving players a place to succeed, and then grinning when they hoisted the Lombardi Trophy. He would also revel in hiring hungry, relentless people to positions of power across his organization, no matter their background. The first minority head coach in NFL history was Tom Flores. The first African-American head coach was Art Shell. The first female front office executive was Amy Trask. Davis hired them all.

This is why Jon Gruden's emails were so disappointing. Gruden proudly wore those silver-and-black colors as a nod to the toughness of Davis and the mystique of the franchise. He loved rolling in the Raiders' dusty clothes bin of history, surrounding himself with images and players from the good old days. He liked snarling like that pirate and attaching himself to that lineage of Davis. A Commitment to Excellence. Pride and Poise. Just Win, Baby.

The sad hypocrisy is Gruden wrapped himself in Davis' legacy without truly respecting it. To Gruden, it was just a broad concept of football toughness and making your own rules. In reality, Davis represented something much deeper. Davis stood for embracing all types or rogues, misfits, and trailblazers. He himself was an outsider. Davis was a Brooklyn-born Jewish kid who never played the game and had to elbow his way into an old boys club, then claw daily to stay there. Gruden was the son of a Notre Dame assistant coach. His first job was on the Tennessee staff. He was in the NFL by age 27. His last name opened doors. He was an insider.

Davis would never have coldly mocked the first female referee. He wouldn't have scoffed at the sexual orientation of a player as an indicator of ability. He surely didn't make racist comments about people of color. He hired them to positions of power when no one else would. Gruden cloaked himself in the coolness of the Raiders, but he was the ultimate fraud. The best part about the Raiders was something he never actually believed in.