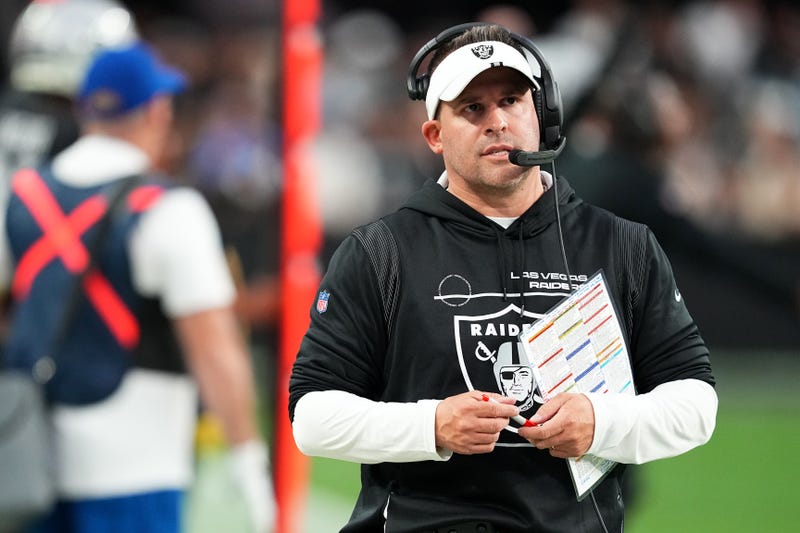 There've been winless seasons in the NFL -- like the 1976 Bucs, 2008 Lions, and 2017 Browns. There's a slew of one-win campaigns -- the infamous 1996 Jets and 2020 Jags. The 2022 Raiders have already racked up five wins, and won't appear on any list of "Worst Regular Season Records Ever." But, looking at context, this edition of the Silver and Black may be the most humiliating.

The other teams listed above were supposed to be wretched -- they entered their seasons with little hope. The Raiders were considered dark-horse Super Bowl contenders and, at the very least, a playoff-caliber unit. Yet, they found ways to slide lower than even the greatest football skeptics could imagine.

The Raiders haven't only lost -- they've garnered the most embarrassing and painful defeats of the entire NFL year. Their late collapse against the Rams on Thursday would be devastating, if not for the foundation they've already laid. Las Vegas led 16-3 well into the fourth quarter, and then allowed successive touchdown drives to a Rams offense that'd been extinct for two months.

Baker Mayfield stepped on a plane, learned 10-percent of the Rams' offense, stepped off the same plane, and then went on to beat the Raiders. Of course, Las Vegas assisted in the party. On Mayfield's game-winning drive, they were called for pass interference, which negated a game-sealing interception. And then they committed a personal foul by slapping the ball from Mayfield's hand after a play, overturning a massive sack and giving Los Angeles a fresh set of downs. Choke? No one knows how to choke like these Raiders.

Las Vegas' recent three-game win streak just rubbed temporary deodorant on its season-long body odor. A month ago, it was Jeff Saturday who played the role of Mayfield. The newly-minted Colts head coach stepped up to a podium, understood 10-percent of his job, and then stepped off the podium and beat the Raiders. Indianapolis, guided by a man who'd never spent time on an NFL staff, jumped out to a 10-0 lead -- making the Raiders look like tourists caught staring at their iPhones at Rockefeller Center. The Colts won, 25-20, handing the Raiders the most head-scratching loss in the entire league. 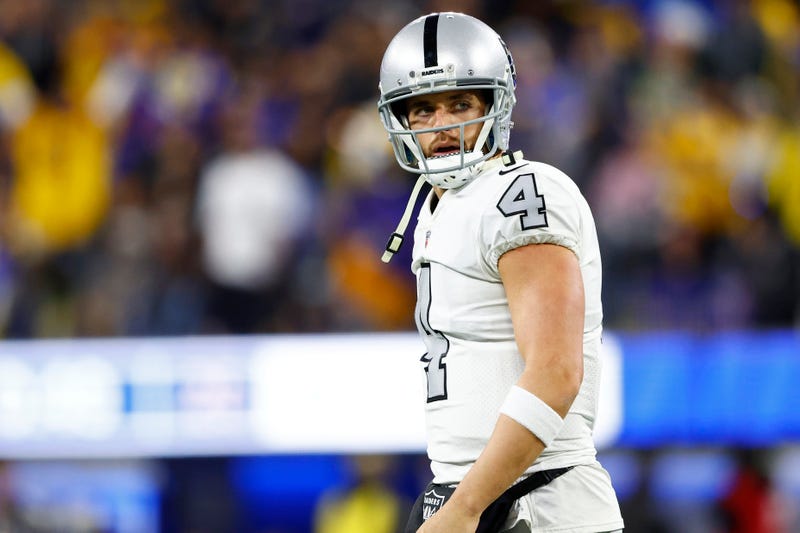 While handing Saturday his only win was a bad look, at least it wasn't a blown lead. One week earlier, the Raiders jumped out to a 17-0 lead in Jacksonville. That was the high point. Las Vegas' final five drives ended with three punts, one turnover on downs, and one fumble. The Jags rallied to win, outscoring the Raiders, 27-3, down the stretch. Think that's bad? Well, it wasn't even the biggest blown lead of the season. Las Vegas also blew a 17-point lead to the Chiefs, back in Week 5. But, they somehow outdid themselves in Week 2.

What if I told you that Josh McDaniels' team held a 20-point lead at halftime in Week 2, and found a way to choke that game away too? The Cardinals scored four touchdowns plus a pair of two-point conversions during the second half, topping the Raiders, 29-3, following the break. After falling behind by 20, the Cardinals won by six points, 29-23.

Prior to this year, the Raiders had five games with blown 17-point leads in the organization's 60-year history. Just this season, they've authored three more. For those scoring at home, that's blown leads of 20 points, 17 points (twice), and 13 points, plus losses to Saturday and Mayfield in their debuts. Yeehaw.

You'd assume McDaniels might be aggressive against the Rams -- a team on a five-game losing skid. Nope. The Raiders had five situations where they faced a 4th-and-3 or shorter, and they kept their offense on the field just once. Why so conservative, Derek Carr? "I’m not sure. That's a better question for Josh," the Raiders quarterback told reporters after the ugly loss.

There've been several questions posed to McDaniels -- none of which seem answered. Didn't he learn lessons about being an NFL head coach, following his disastrous tenure with the Broncos over a decade ago? Was his supposed offensive genius masked by Tom Brady's greatness in New England? And why does his team consistently melt down in important spots?

One question, though, has an easy answer. Is this the single-most humiliating NFL season of all-time? Yes.

We strive to be a platform where varying opinions may be voiced and heard. The views, thoughts, and opinions expressed by the author(s) of this article and/or by those providing comments are theirs alone, and do not represent those of Audacy, Inc. We are not responsible for any damages or losses arising from this article and/or any comment(s).
Featured Image Photo Credit: Chris Unger / Stringer / Getty Images