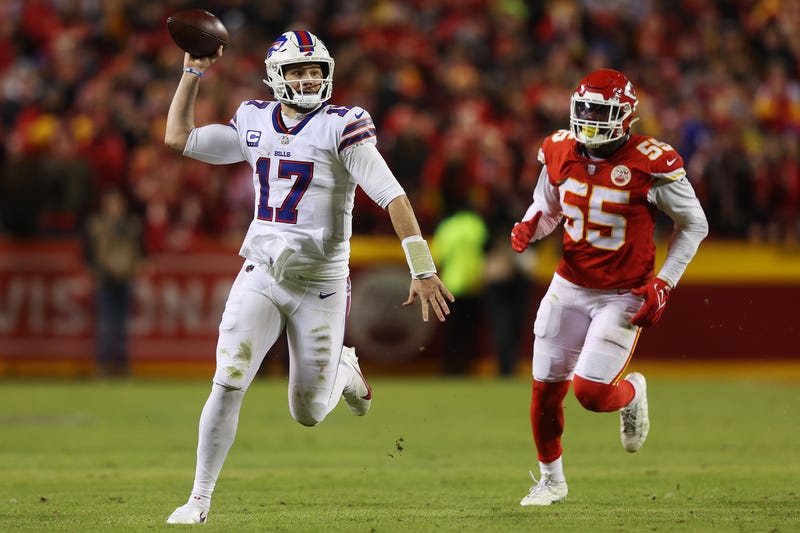 This weekend features one of the most anticipated games of the NFL season. The Bills and Chiefs clashed in an instant-classic during the AFC playoffs back in January, and this coming Sunday feels like a preview of the conference title game. Now that we have a month-plus of regular season football to dissect, is Buffalo-Kansas City the top matchup of the 2022 campaign? Let's take a look at what's coming up. But first, some honorable mentions.

Bengals at Bucs (Week 15): Before the season, Cincinnati felt like one of the elite can't-miss teams. Not so much anymore, as the offense hasn't been as lethal as it was last year. While Joe Burrow vs. Tom Brady is good, it's lost some sizzle. Chiefs at Chargers (Week 11): Patrick Mahomes and Justin Herbert is one of the league's best faceoffs, but Los Angeles likes coaching itself in circles. And the Chargers just feel less than a Super Bowl contender.

No. 5: Ravens at Bucs (Week 8) -- Lamar Jackson against Tom Brady? Yep, I'll sign up for that. Baltimore has blown big leads to the Dolphins and Bills, but also proven to be able to compete with any team on its schedule. Tampa has been vulnerable this season, losing back to back games before surviving the Falcons last week. But this matchup still has juice.

No. 4: Cowboys at Packers (Week 10) -- It was impossible to imagine Dallas transforming into a Super Bowl contender without Dak Prescott, but here we are. It's a mid-November game at Lambeau, with visions of the Ice Bowl dancing in our heads. The Cowboys visiting the Packers in Green Bay just feels perfectly football, and now it's actually a crucial game in the NFC playoff race.

No. 3: Packers at Eagles (Week 12) -- The Eagles were supposed to be good this season, but not this good. And the leap taken by Jalen Hurts has been scintillating. Philadelphia can beat you on the ground and through the air. While the Packers have looked lethargic recently, Aaron Rodgers in front of Philly fans at Lincoln Financial Field is still must-see theater.

No. 2: Packers at Bills (Week 8) -- Super Bowl matchup? Despite Green Bay looking underwhelming at times, the NFC has no insurmountable teams. This could very well be a preview to February in Arizona. The Cheese Heads against Bills Mafia in a Buffalo tailgate battle might be better than the game. Allen and Rodgers slinging darts downfield in an offensive attack? We're in.

No. 1: Bills at Chiefs (Week 6) -- Nothing compares to this big boy, as it features the league's two best teams. A pair of sensational quarterbacks in their prime, with Allen and Mahomes. The memories of last season's playoff classic. The noise of the Arrowhead Stadium crowd. This'll likely be the AFC championship game in January, so let's air it out this Sunday for a preview.

We strive to be a platform where varying opinions may be voiced and heard. The views, thoughts, and opinions expressed by the author(s) of this article and/or by those providing comments are theirs alone, and do not represent those of Audacy, Inc. We are not responsible for any damages or losses arising from this article and/or any comment(s).
Featured Image Photo Credit: Jamie Squire / Staff / Getty Images