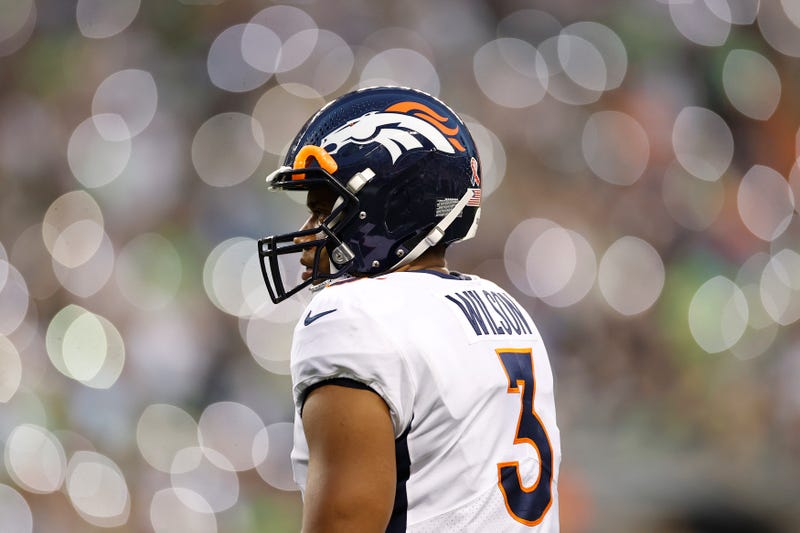 Russell Wilson exists in a curious space. Few dismiss his accomplishments and abilities. In a decade as a starting quarterback, he's been a Pro Bowler nine times, won the NFC title twice, and helped deliver the Seahawks' only Super Bowl championship. He's also thrown for 4,000 yards four times (in a perennially run-heavy offense), and collected a touchdown-to-interception ratio of 3-to-1 for his career.

Wilson is likely to be in Canton one day, and he's arguably the greatest player in Seahawks history -- just ahead of stars Cortez Kennedy and Steve Largent. Despite all these highlights on his resume, he's roundly mocked and ridiculed. Wilson's return to Lumen Field on Monday created an assortment of criticism, hostility, and jokes. Fans booed him. Former teammates smirked. Even his old coach turned on him. So, what gives?

It appears plenty of ill will had built up over the years in Seattle. But everyone associated with the Seahawks bit their tongues, since he was still the team's quarterback. The moment Wilson left and took on the role as an opponent, it became open season. The bacteria that collected under the scab of that lost Super Bowl 49 is now seeping out for all to witness. Apologies for the graphic metaphor, but the reaction to Wilson was pretty ugly as well.

It's particularly strange, because Wilson tries so hard to be the exact opposite of a villain. He doesn't trash talk, nor does he talk about chips on his shoulder. He doesn't get in trouble off the field, and he's apolitical. He's been the Walter Payton Man of the Year, and won a Super Bowl. Wilson's married to a beautiful music star, and he's not brash or opinionated. Nobody hates vanilla ice cream. And he's spent so much energy being the best damn brand of vanilla around. The kind of oxygen-rich vanilla that hydrates you, inspires you, and makes you smile when you wake up in the morning.

Which makes him entirely dismissed and clowned. Because vanilla should just be vanilla, and Wilson is clearly trying too hard. I tweeted a video of him doing some corny promotion for Alaskan Airlines and was startled when it picked up thousands of likes and hundreds of comments roasting him. And it's not that anyone actually enjoyed the video -- people loved the idea of Wilson getting crushed by his former teammates as they watched it. He's so inauthentic, so lame, so pathetic in his attempts at attention or "fitting in," he's driven people to the other side. 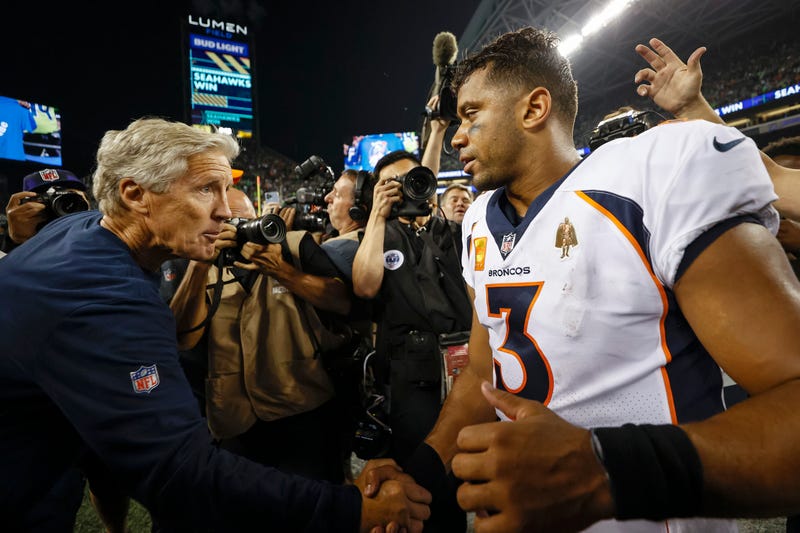 This must be part of the reason why ex-teammates take such glee in rooting against Wilson. He's certainly not like them -- he's definitely not "a real one." Wilson is reading out of a "Dummies Guide to Celebrity" for what to say and how to behave, like an alien trying to act like a human on Earth. But there's also massive resentment behind the scenes for the way he played teacher's pet in Seattle, and how the franchise gave him all the money while trading or cutting all the defensive stars who defined that team.

And then there's the ill-fated Super Bowl 49 decision to pass at the goal line. The single-worst decision in league history will never be forgiven by Wilson's teammates, who were robbed of another championship ring and a place in immortality because he threw a bad pass. Real or imagined, Seattle players believed Carroll called the play out of loyalty to Wilson and dismissiveness of star running back Marshawn Lynch, who was beloved inside the locker room. They refused to move on -- they were broken forever more. Wright admitted this on CBS Sports Radio.

So there's a marketable superstar with a celebrity wife and a Super Bowl ring who most people roll their eyes at, and whose ex-teammates can't stand. And Wilson might not even comprehend why he's so unpopular and disrespected. His dopey "let's ride" phrase has now been mimicked sarcastically by inferior league players with far fewer accomplishments and accolades. This summer, most college quarterbacks imitated Wilson ironically. "Everyone laugh at the sincerity of cornball Russell Wilson. What a dope."

This is probably just the beginning of Wilson's former teammates and sources in Seattle unloading their baggage. The veteran signal-caller is now gone after battling for more control before forcing his way out. Now it's easier to turn off the company-speak and turn on the schadenfreude. Wilson is sneered at, and he doesn't even realize it.