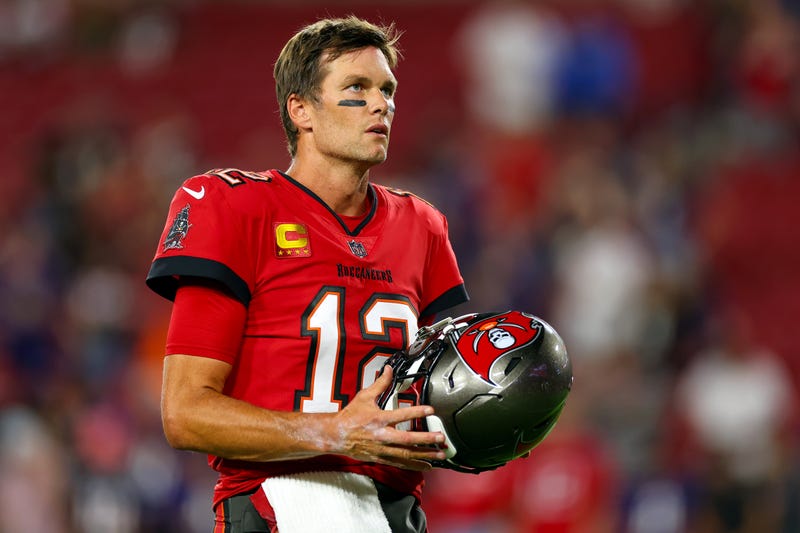 For years, we've collectively decided to remember some sports moments, while forgetting others. No one wants to envision a thicker, slower Michael Jordan playing in that bizarre 2000s Wizards jersey. The epic "Last Dance" docuseries had plenty of time to show at least one highlight of him in D.C., but punted on even a mention.

Back in December 2001, Jordan recorded a 50-point game for the Wizards and beat the Cavaliers at the buzzer, again. But it doesn't fit neatly into our collage of Bulls' championship iconography. Jordan decided to overlook it. So, we've dumped it into a recycling bin on our laptop, never to be double-clicked again.

In our mind, Emmitt Smith is forever running to daylight between his Cowboys lineman, rather than scampering into the end zone as a Cardinal. Jerry Rice is catching a slant-and-go from Joe Montana in San Francisco. He's not getting two feet in bounds with the Seahawks. Ken Griffey Jr.'s sweet lefty swing is in a blue Mariners jersey, not White Sox pinstripes. Sports are an easy vehicle to find some warm nostalgia. And those memories aren't meant to taste like cod liver oil going down.

Which makes this final season of Tom Brady so fascinating. Will we remember any of this, or will we shove it into a dark closet, letting it gather dust bunnies and cobwebs? His personal life has been ripped open, on full display. On the field, he looks lethargic, distracted, and perplexed. The star quarterback who built a kingdom on singular focus to one goal -- an all-in dedication -- appears decidedly unfocused and uncommitted to the Buccaneers. Brady's signature phrase is, "Let's go." The question is, where to?

It's a bit easier to compartmentalize a player's career when all of their highest moments happen in a certain uniform. Joe Montana will be remembered as a 49er because all four Super Bowl championships happened in San Francisco. It's convenient to forget his Chiefs days. But his run to the AFC championship game back in 1993 was clearly one of his finest moments, yet it's relegated to an addendum.

This makes Brady's story in Tampa unique. While this season is tracking like so many other depressing final breaths for athletes, he also won a championship with the Buccaneers, only two years ago. You simply can't ignore the strange sight of him in a pewter helmet -- like waving away Jordan's abstract sorcerer. Brady celebrating with Rob Gronkowski in confetti at the Super Bowl is a vital part of his story. He left the Patriots and still won a title. Brady turned a loser into a winner, 1,400 miles away from Overlord Belichick. The Tampa Bay era is a crucial cornerstone of Brady's legacy.

The inconvenient truth is, this season is sad and forgettable. But these three seasons in Tampa aren't. Struggling to score two touchdowns on the Packers. A wilting performance against the Ravens. The most humiliating performance of his career in Carolina last week, a 21-3 puke job against the league's worst team. Brady looks confused and frustrated, completely without answers.

Brady's postgame comments sound hollow and rehearsed. Even fellow Hall of Fame quarterbacks are telling him to retire for good. He's one of America's all-time sports icons, draped in so much glory and perfection, it's been blinding.

The greatest quarterback. The winningest franchise. The matinee idol looks. The age-defying longevity. The warmest father. The most beautiful wife. The spotless off-the-field reputation. The Hollywood friends. The polished press conferences. Today, all of that's in tatters. It's disheartening. It's not a happy time. So, will we choose to forget it?

We strive to be a platform where varying opinions may be voiced and heard. The views, thoughts, and opinions expressed by the author(s) of this article and/or by those providing comments are theirs alone, and do not represent those of Audacy, Inc. We are not responsible for any damages or losses arising from this article and/or any comment(s).
Featured Image Photo Credit: Mike Ehrmann / Staff / Getty Images