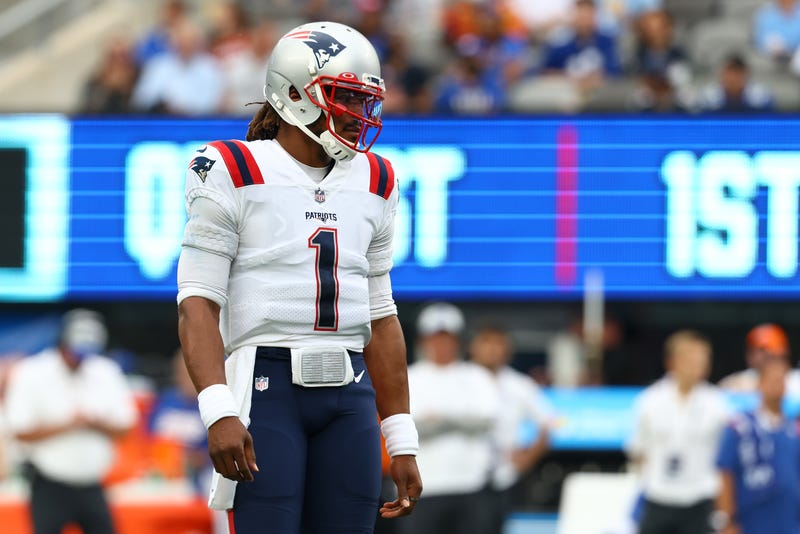 The New England Patriots won't be entering the regular season with veteran quarterback Cam Newton as their starter. In fact, they've decided to pass on him as their backup as well.

In a stunning move, the team released the 32-year-old Newton on Tuesday, handing the keys to first-round rookie quarterback Mac Jones. Last week, Patriots head coach Bill Belichick said that someone would have to play better than Newton to win the starting job. Apparently, Jones did just that.

"Jones is a much better fit for what [offensive coordinator] Josh McDaniels wants to do. He's an accurate pocket passer, really smart and decisive with his reads," Providence Journal reporter Mark Daniels told After Hours with Amy Lawrence on Wednesday. "You don't want to say Tom Brady, but what did Brady do in McDaniels' system? He worked in the pocket, he threw decent short-to-intermediate passes. He was just a better fit than Cam.

"Cam has obvious advantages, being built like a linebacker who can run over defensive players. But his short-to-intermediate game wasn't great. He's not that accurate. I just think Mac runs the offense the way McDaniels wants him to run it. And on top of that, he's learned the offense really fast, and I think that's something that's impressed his teammates."

Jones, the 15th overall pick in this year's draft, made a strong first impression during the preseason. In three games, the Alabama product played 107 total snaps and completed 36 of 52 passes for 389 yards with one touchdown and no interceptions. Jones also caught a break last week when Newton was forced to miss three practices due to a COVID protocol "misunderstanding."

As for Newton -- who had re-signed with New England on a modest one-year deal back in March -- he played 39 preseason snaps, and threw for 162 yards with one touchdown and interception. Newton underperformed last season, as he threw more interceptions (10) than touchdowns (8) and posted a 47.0 quarterback rating -- the second-lowest mark of his career. Due to Newton's poor play, the Patriots missed the postseason for the first time since 2008.

The Patriots will open the 2021 campaign at home against the Miami Dolphins on Sept. 12. According to the William Hill Sportsbook, New England currently has the third-best odds (+350) to win the AFC East, and the sixth-best odds (+1500) to win the conference.

The entire conversation between Daniels and Lawrence can be accessed in the audio player above.