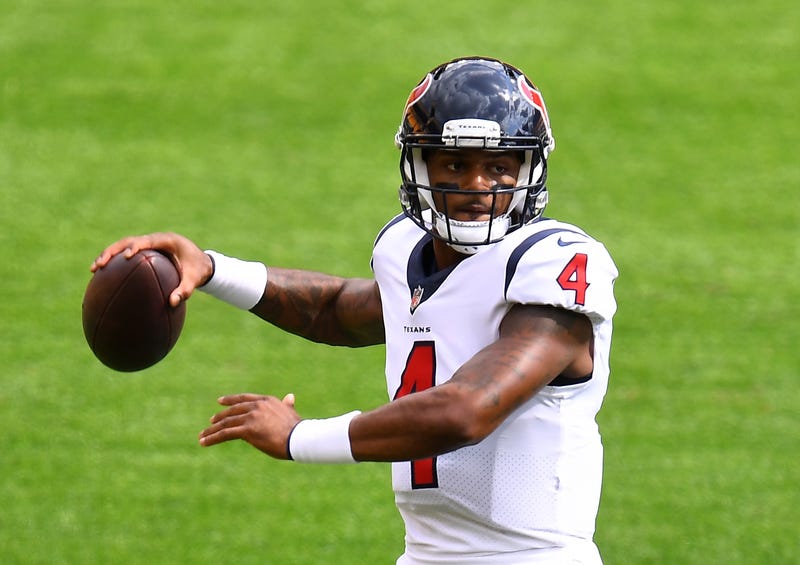 Embattled quarterback Deshaun Watson, who's currently facing 22 lawsuits alleging acts of sexual assault and misconduct and 10 criminal complaints, isn't expected to play for the Houston Texans in 2021. But he did make the team's 53-man roster this week, and the franchise is reportedly prepared to keep him there as a healthy scratch for the remainder of the season.

Audacy Sports legal insider Amy Dash joined After Hours with Amy Lawrence on Thursday to discuss Watson's ongoing legal matters, and how long it might take for the NFL to complete its investigation and fully cooperate with police.

"You have so many accusers here, that it could take many months if not longer than a year for the league to wrap up its own investigation," Dash said. "And that's complicated by the fact that they don't want to interfere with a criminal investigation. So, they really have to wait for the local authorities and if in fact the feds are involved -- as the attorneys say they are -- so that they can't interfere in any way."

Watson, who reported to Texans training camp on time to avoid daily holdout fines, didn't play a single preseason snap. The three-time Pro Bowler remains under investigation by Houston police and the NFL, and as previously stated, his status for the 2021 season is unclear.

NFL commissioner Roger Goodell could still place Watson on the exempt list, which would keep him from playing but allow him to get paid until his issues are resolved. But this move seems unlikely at the moment, since the league has yet to conclude that a major violation occurred.

The entire conversation between Dash and Lawrence can be accessed in the audio player above.