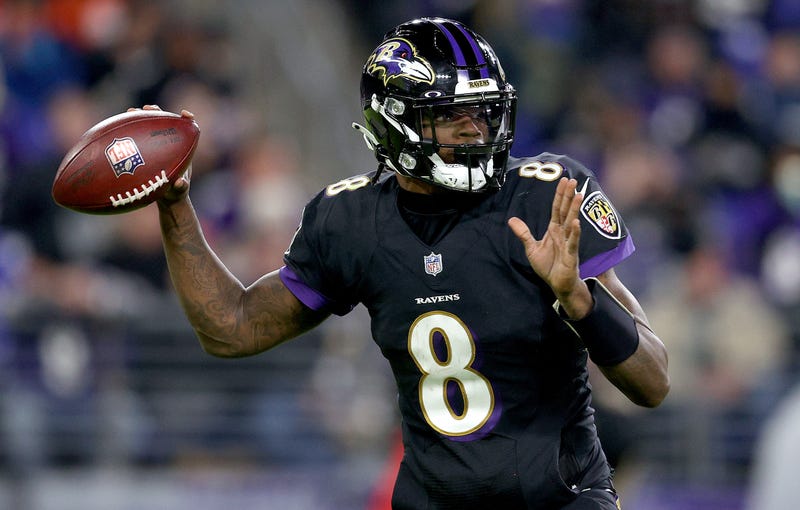 Baltimore Ravens star quarterback Lamar Jackson is set to make $23 million on the final year of his rookie contract, and he's still in no rush to discuss his future salaries. The former NFL MVP has yet to negotiate a lucrative contract extension with the franchise, and his attendance at mandatory minicamp last week didn't quell doubts or speculation about his future in a Ravens uniform. It's an atypical situation for both parties, as Jackson doesn't have an agent.

Jackson also hasn't respected fans questioning his commitment to the team. Back in March, he tweeted that rumors of him ultimately wanting to part ways with the Ravens are false narratives, and just last week, he told reporters that he expects to play the rest of his career in Baltimore. Jackson currently has a market value of $220 million across five years, and with an AAV of $44 million, this type of deal would make him the league's fourth-highest paid player.

"I get it. He showed up, and they put out that video of him smiling at practice. But that doesn't absolve or erase some clear animosity here," GoLongTD.com writer Tyler Dunne told the Reiter Than You show on Monday. "That might be a strong word, but something's off. I think if the Ravens want Jackson, he'd like some financial security, like anyone. But I don't know if it's necessarily money. If I were to make an educated guess, it has a lot to do with the offense itself.

"This is a run-first, run-heavy, run-all-the-time team that doesn't have a lot of talent at wide receiver... And at some point, you need to evolve and need to adjust... There's no creativity, when it comes out-wide to the passing game... I don't think anybody's going to mistake Jackson for Dan Marino, but he's a good passer and we're just not seeing that all the time... Maybe he's hitting pause a little bit, and wants to see them adjust. And they just haven't, really."

The entire football conversation between Dunne and Reiter can be accessed in the audio player above.