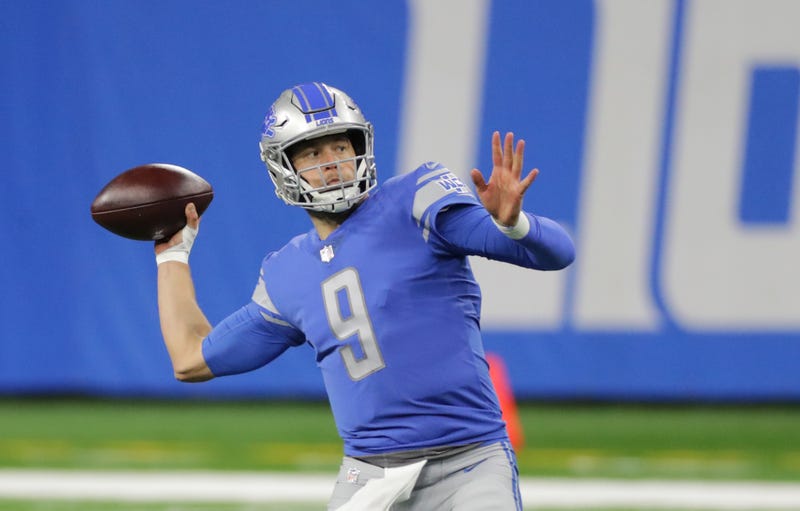 Back in late January, when the Los Angeles Rams and Detroit Lions made a blockbuster trade featuring quarterbacks Jared Goff and Matthew Stafford, the consensus around the league was that the Rams reemerged as one of the top NFC contenders heading into 2021.

Has that sentiment changed in the past two months? Not at all. The potential of Stafford -- with his veteran experience, durability, and arm talent -- matched with Sean McVay's crafty playbook and the Rams' star-studded receiving corps, remains nothing to sneeze at.

But the bandwagon isn't for everyone. In fact, former All-Pro defensive back Eric Davis refuses to subscribe to any bit of the Rams' hype.

"I'm going to say it out loud, you can put my name on it: Matt Stafford is not an upgrade from Goff," Davis told The Zach Gelb Show on Tuesday. "Matt Stafford is a better talent, he's a better physical talent than Goff. But, Matt Stafford is not what that guy should do at that position. If you look at what Matt Stafford did in his tenure as the starting quarterback -- the No. 1 overall draft pick for the Detroit Lions -- you can make all the excuses you want to for him, but what a No. 1 pick is supposed to do is put you in position every year he's on that field... to compete for championships.

"This guy couldn't win in a bad division. And you can talk about, 'He didn't have this, he didn't have that.' He was in a bad division and he has not been able to win. He hasn't. Say what you want about Jared Goff, but he came in and this guy, in three of his four years as a starter, got a couple of Pro Bowls, he took them to a Super Bowl, nothing but winning seasons. That's what a franchise quarterback is supposed to do. Put you in the playoffs, give you a chance to compete for a championship.

But Davis doesn't even view Los Angeles as the team to beat in the NFC West division.

"They have one of the best rosters in the league. The 49ers have a top-five roster. They have too much talent to be bad... What happened last year was no Super Bowl hangover -- they had more injuries than any team in the history of the league... I wouldn't bet against the 49ers."

Stafford, 33, finished the 2020 season with 4,084 total passing yards, 26 touchdowns, and 11 interceptions in 16 games. Since the blockbuster deal didn't include an extension or a pay raise, Los Angeles will inherit the two years and $43 million remaining on Stafford's contact. According to Spotrac.com, Stafford will earn a base salary of $9.5 million plus bonuses in 2021, while carrying a cap hit of $20 million.

The entire conversation between Davis and Gelb can be accessed in the audio player above.