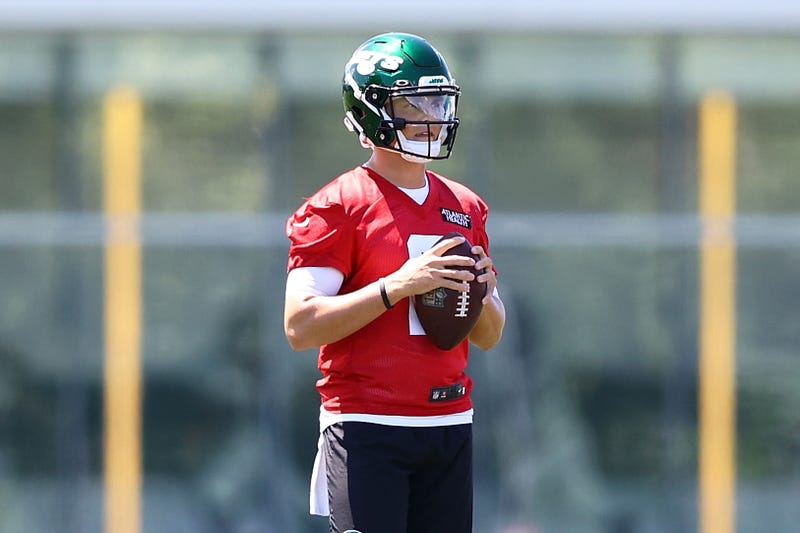 The New York Jets are hopeful that Zach Wilson, their first-round quarterback out of BYU, is equipped to handle big-market expectations, staunch criticism, and never-ending tabloid fodder.

But one former Jets first-round pick is naturally concerned that Wilson -- who's facing immense pressure from a tortured franchise and fanbase -- won't easily adapt to playing in the Big Apple.

"These fans, they want instant gratification. That's just how it works. And unfortunately, you hear it pretty loudly on a play-to-play, down-to-down situation," former Jets tight end Anthony Becht told The Zach Gelb Show on Thursday. "The articles, the headlines, they're going to find ways to make you feel uncomfortable. That's just the market. I played in it for five years. I heard the boos, the cheers, the curses, all that stuff.

"It's a huge mental grind to play in New York City, and it only heightens when you play the quarterback position. There's probably two beat writers and two newspaper guys at BYU. He's going to have that basically behind him and around him almost every moment -- plus another 25 people and then the national media. So, all eyes on him, let's see if he can handle it. It's not for everybody... You've got to be short-minded, you've got to go in there with thick skin. And hopefully this kid's got it."

Wilson, who was ranked the second-overall prospect on Pro Football Focus' draft board, officially signed a four-year, $35.1 million fully-guaranteed deal with the Jets on Thursday after missing two days of practice. The long delay in negotiations was due to haggling over language in the contract.

In 12 games under center for BYU last season, Wilson threw for 3,692 yards, 33 touchdowns, and just three interceptions. In late December, the 6-foot-2, 214-pounder led the Cougars to a blowout win in the Bacon Raton Bowl by completing 26-of-34 passes for 425 yards and three scores.

The Jets will open the 2021 season on the road against the Carolina Panthers on Sept. 12. According to the William Hill Sportsbook, Wilson currently has the fourth-best odds (+750) to win NFL Offensive Rookie of the Year.

The entire Jets conversation between Becht and Gelb can be accessed in the audio player above.