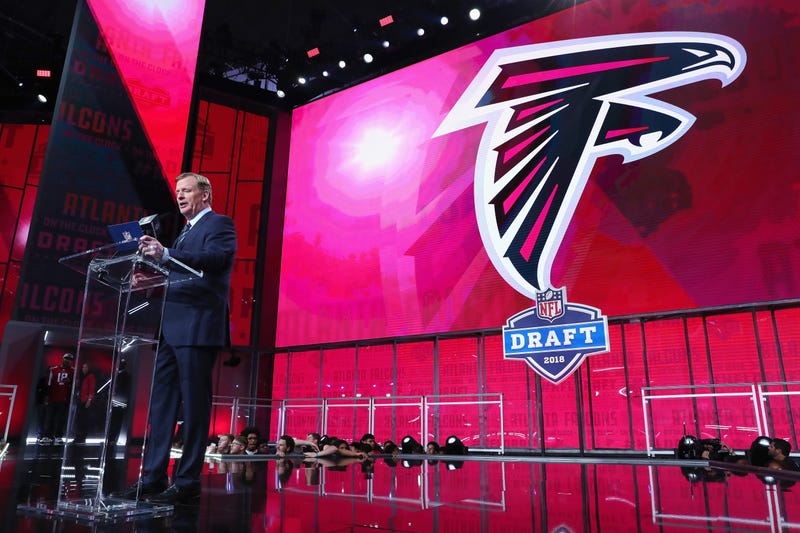 The talent-needy Atlanta Falcons have a flowchart's worth of options. With the No. 4 overall pick in this week's NFL Draft, they can either select a top quarterback as Matt Ryan's successor, take the best skill-position prospect available, or find a willing trade partner and move down in the order to secure additional assets.

And because the Falcons have this leverage and no definitive plan yet, they're in a position to shake up the first round, according to NFL Network host Chris Rose.

"Atlanta really holds the key to this draft," Rose told After Hours with Amy Lawrence on Wednesday. "If they create history and have quarterbacks go with the first four picks, that's something to talk about, in part because Matt Ryan is 35, has been healthy -- although he hasn't been as good as he was obviously during his MVP year. Do they draft his eventual replacement. Or, do they take the best non-quarterback in this draft, [Florida tight end] Kyle Pitts, [LSU wide receiver] Ja'Marr Chase. Do they help out more on the offensive line -- which they spent a substantial amount of draft capital on that offensive line in the last five years or so -- or do they trade away the pick.

"Because if there's already three quarterbacks gone, you know somebody's going to scramble and say, 'Hey, we like four quarterbacks, we didn't like five quarterbacks.' So, is it going to be a Denver, will the Patriots move up 11 spots to go get their quarterback of the future. They've got three options that are going to change the texture of this draft moving forward... I don't think any of us feel like they're one playmaker away from getting back into contention in the NFC South..."

There's a growing belief around the league that Atlanta is enamored with Pitts, who has the pass-catching skills and potential to receive All-Pro honors in his rookie season. The 6-foot-6, 245-pound junior is the fifth-overall prospect on Pro Football Focus' NFL Draft Big Board, and he has a longer wingspan (83 3/8") than any NFL wide receiver or tight end in the last two decades.

Pitts finished the 2020 season (eight games) with 43 receptions for 770 yards and 12 touchdowns, and if the Falcons do select him, he'd become just the second tight end to go in the top-five in the common draft era, and the first since 1972.

According to Spotrac.com, the estimated total value of the fourth overall pick's contract is $31.1 million, and the estimated signing bonus is $19.9 million.

The entire NFL Draft conversation between Rose and Lawrence can be accessed in the audio player above.