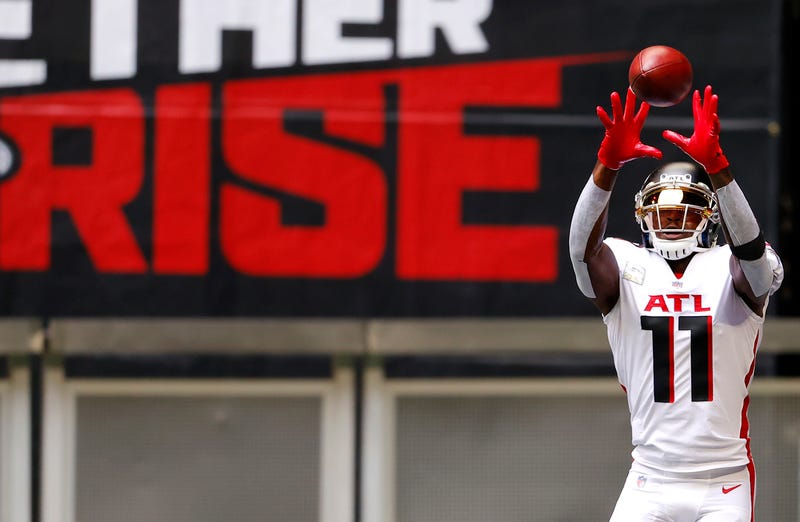 If the cost-cutting Atlanta Falcons have made star wide receiver Julio Jones available via trade, as recent reports suggest, there might not be many teams willing to meet the steep asking price.

And according to former Falcons wideout Brian Finneran, that steep asking price must include premium draft capital.

"If you can't get a first-round pick, it doesn't make sense to do anything with Julio Jones," Finneran told CBS Sports Radio's The Zach Gelb Show on Friday. "That guy is a first-ballot Hall of Famer. I understand what's going on with his contract situation and everything else, but that guy is too special to pass up. My only hiccup with Julio -- and I've said it multiple times on my radio show -- I don't think I've ever seen a guy come out of games more in situations when you need him... It's hard for an offensive coordinator to not know what your best weapon is going to do, as far as being in the game.

"But that is it. That guy has taken a beating throughout the course of his career, and he always comes up and plays hard. The catch he had in the Super Bowl [against the New England Patriots] is the one I remember the most, where, that was the game-winner, right there. As long you kick a field goal, you're good. As a Falcons fan and former player, Kyle Shanahan is at the top of my list, as far as the guy who cost us that deal. But, if you can't get a first-round pick for Julio Jones, it makes no sense to trade him. Zero."

Jones, a five-time All-Pro selection and seven-time Pro Bowler, has amassed at least 1,300 receiving yards in six consecutive seasons, and across 135 career games, the 32-year-old has tallied 848 receptions and 60 touchdowns. In 2020, Jones played just nine games due to a lingering hamstring injury.

According to Spotrac.com, Jones will earn a base salary of $15.3 million this upcoming season, while carrying a cap hit of $23 million and a dead cap value of $40 million.

The entire conversation between Finneran and Gelb can be accessed in the audio player above.