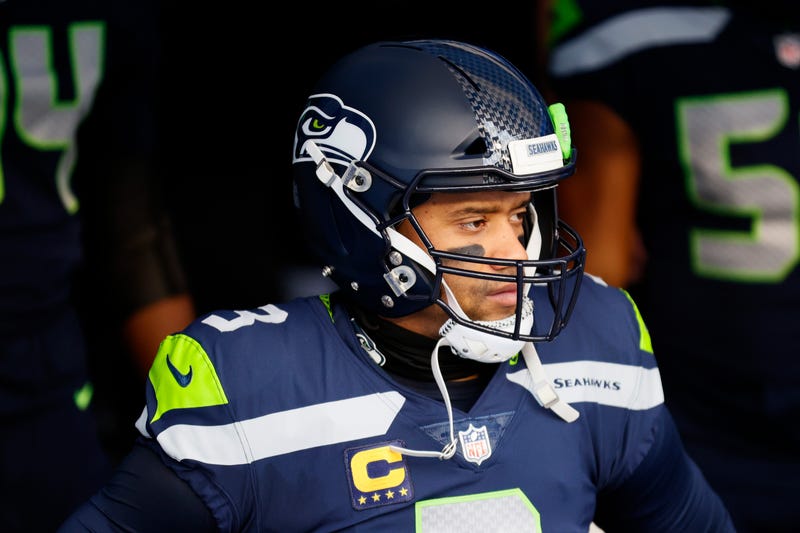 All of the noise and conjecture surrounding Russell Wilson's long-term future with the Seattle Seahawks can end. The veteran quarterback has no desire to leave the organization -- he said so himself.

In a recent interview with The Dan Patrick Show, Wilson said his relationship with Seahawks head coach Pete Carroll is "stronger than ever," and that he and his teammates are "pumped" for this season. Back in June, when asked about the trade speculation, Wilson said he never requested a trade, although he did admit that he comprised a list of potential destinations.

"This was my entire gripe throughout this whole process: I never understood what the end-goal was for Russell Wilson. And I still think Russell Wilson, I wouldn't even say he's still happy. I'm not going to say that what he told Dan Patrick is actually authentic... Aren't we going to be in the same mess this time next year, unless this guy gets to a championship game or gets to a Super Bowl? Because you were clearly not happy in this offseason...

"And guess what? If you don't win a Super Bowl this year, if you don't get to an NFC Championship Game, are those feelings that you had this offseason going to come back up? I would imagine so. Bottom line, I don't think this Pete Carroll-Russell Wilson situation is over... I get what he's doing, he's doing the right thing. But I smell a lot of BS here..."

In 16 games last season, Wilson completed a career-high 68.8 percent of his passes for 4,212 yards and a career-high 40 touchdowns. The 32-year-old also led the Seahawks to their eighth playoff appearance since 2012, and has the second-most passing touchdowns (267) in his first nine seasons in the league -- trailing only Peyton Manning.

Seattle officially begins training camp on July 28, and the team will open the 2021 regular season on the road against the Indianapolis Colts on Sept. 12.

Gelb's complete thoughts on Wilson and the Seahawks can be accessed in the audio player above.