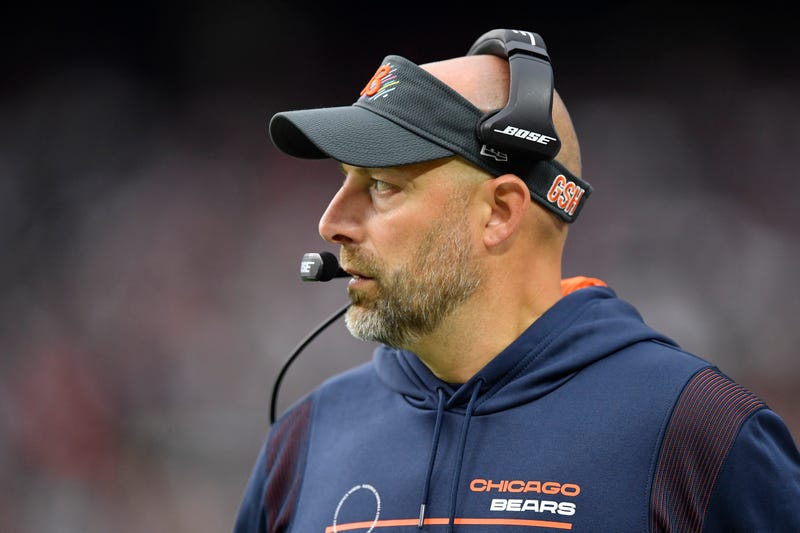 Chicago Bears head coach Matt Nagy denied a report on Tuesday that noted he was informed he'd be fired after Thursday's game against the Detroit Lions, telling reporters that the story isn't accurate and he hasn't talked to ownership about his job status.

In the Bears' 102-year history, they've never fired a head coach mid-season. But Chicago sports radio host Laurence Holmes believes that it'd behoove them to cut ties with Nagy now, since his seat has long been scalding hot.

"It'd make sense for the Bears to fire Nagy, because it'd then give them an opportunity to really get their ducks in a row," Holmes told After Hours with Amy Lawrence on Wednesday. "To try to figure out, one, if Ryan Pace is still going to be there to hire the next coach. And two, it allows them to actually start talking to candidates before we get to playoff season...

"There didn't seem to be a loud enough refutation from the Bears. And I don't know if that's because they didn't feel it necessary to speak to this story, or if they're just like, 'You know what, we don't care, we're going to do whatever it is we want to do.' I'm not sure what to make of any of this. It is really bizarre... I don't think there's anything that can redeem Nagy to keep his job."

The Bears' season is all but over. They lost in heartbreaking fashion at home on Sunday, when Baltimore Ravens backup quarterback Tyler Huntley helped orchestrate a game-winning touchdown drive with less than two minutes left in the fourth quarter. It was Chicago's fifth straight loss, and with a record of 3-7, the team sits alone in third place in the NFC North.

In order for Chicago to break its slump and avoid losing to the winless Lions on Thanksgiving, they'll need a strong performance from veteran Andy Dalton. Rookie quarterback Justin Fields suffered a rib injury against the Ravens, and isn't healthy enough to play on a short week.

The entire conversation between Holmes and Lawrence can be accessed in the audio player above.