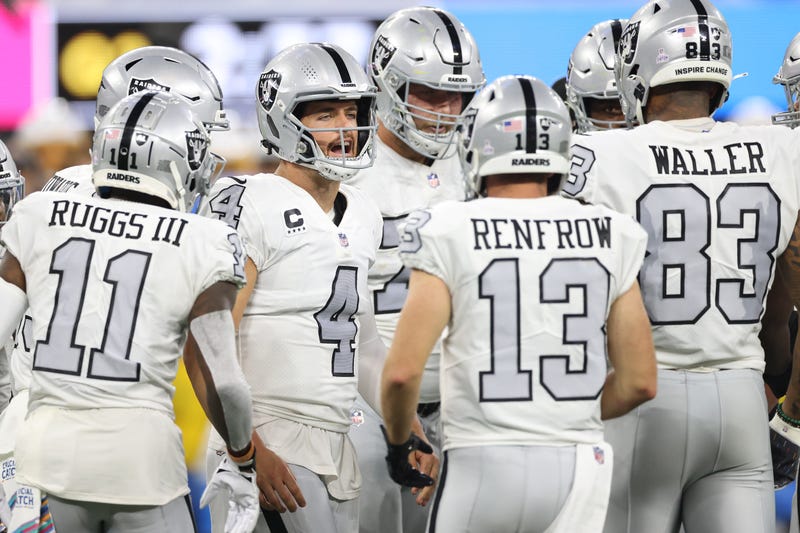 Las Vegas Raiders general manager Mike Mayock told reporters Wednesday that defensive lineman Carl Nassib, the first active NFL player to come out as gay, was granted a personal day to "process" the resignation of Jon Gruden and his use of homophobic language in damning emails.

Through five games, Las Vegas is 3-2, tied for second place in the AFC West. Their assistant coach, Rich Bisaccia, is taking over head coaching duties on an interim basis. So, with Gruden gone, where do the Raiders go from here? Perhaps nowhere new, according to JR.

"Players can feel galvanized, a sense of unity after this tough and disgusting time. They can be hyped up for a game. The talent doesn't change," JR said during Wednesday's edition of the JR SportBrief show. "The division doesn't change. And for a Raiders team that started 3-0, there ain't no bounce-back.

"I'm not ready to tell you they're going to embark on some long losing streak. They've got the Broncos next, they have Philadelphia, then they hit their bye. Who knows. They can pick up the next two wins, be 5-2, be 3-4. Either way, the end result of this season for the Raiders is just to be okay, to be average, mediocre, so-so, exactly what they've been since Gruden took over."

Gruden's emails -- which were sent across a seven-year period ending in 2018 and detailed in a New York Times report -- included a racist comment about NFLPA executive director DeMaurice Smith, and featured vulgar criticism of NFL commissioner Roger Goodell. In addition, The Times also revealed that Gruden denounced the drafting of a gay player, Michael Sam, and tolerance of players protesting during the playing of the national anthem.

Sam addressed Gruden's homophobic emails and resignation on Wednesday, saying in a webinar that the situation is "unfortunate." He also said there are closeted gay players in the NFL who are struggling and unable to come out.

Las Vegas will visit the Denver Broncos (3-2) in a Week 6 matchup on Sunday. According to FiveThirtyEight's projections, the Raiders have a 32-percent chance to reach the playoffs, and a 6-percent chance to win the AFC West.

JR's complete thoughts on Gruden and the Raiders can be accessed in the audio player above.