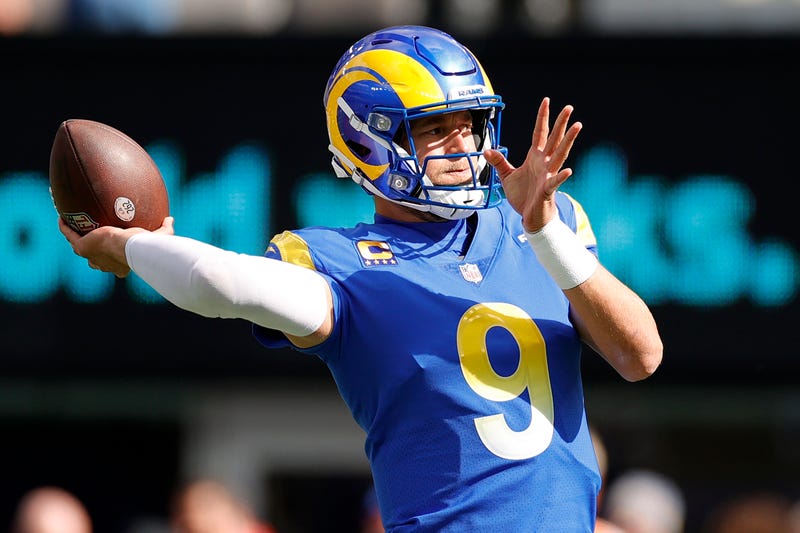 For the first time since 2008, the Detroit Lions will host a Thanksgiving game without Matthew Stafford on their roster. The 33-year-old is now quarterback of the Los Angeles Rams, which have championship-or-bust expectations.

It's no secret that the Rams have set Stafford up for several years of success in a competitive division. But the veteran hasn't pulled his own weight of late. In Los Angeles' last two games -- both of which were disconcerting losses -- Stafford has thrown a combined four interceptions. So, is Stafford capable of leading the team to a Super Bowl win this season?

"I can't [see it]. And that's not necessarily because of Stafford. I think they're tinkering too much," Detroit radio host Jon Jansen told The Zach Gelb Show on Wednesday. "You add Von Miller, OBJ, guys with strong personalities, and you've got to wonder how they're all going to mesh together... The Stafford we know has started out different years very hot, and you get really excited.

"Then, at some point, you have a careless turnover in your end zone... Those types of plays have always plagued him in his career. You don't just change who you are, simply because you change your uniform. It's possible [he wins a Super Bowl]. This is nothing against Matthew. I think he's a great kid, he did a lot of great things for the community here in Detroit. I just don't see him as a Super Bowl-winning quarterback."

Stafford's honeymoon with the Rams was to their liking. Through eight games, he performed at an MVP level with 2,477 yards, 22 touchdowns, and only four interceptions in seven wins. Over the past two games, however, Stafford has simply looked like a shell of himself, with 536 passing yards and a completion percentage of 64.0.

Following the Rams' blowout road loss to the San Francisco 49ers on Nov. 15, Stafford owned up to his blunders, telling reporters that "turnovers really killed us." In their Week 9 loss to the Tennessee Titans, Stafford committed two first-half turnovers, one of which was a pick-six. Much to the Rams' chagrin, he did the exact same thing against the 49ers, which dug them into an early hole.

Los Angeles (7-3), coming off a Week 11 bye, will visit the Green Bay Packers (8-3) in a marquee Week 12 matchup on Sunday. According to FiveThirtyEight, the Rams currently have an 84-percent chance to reach the playoffs, but only a 9-percent chance to win the NFC West crown.

The entire conversation between Jansen and Gelb can be accessed in the audio player above.