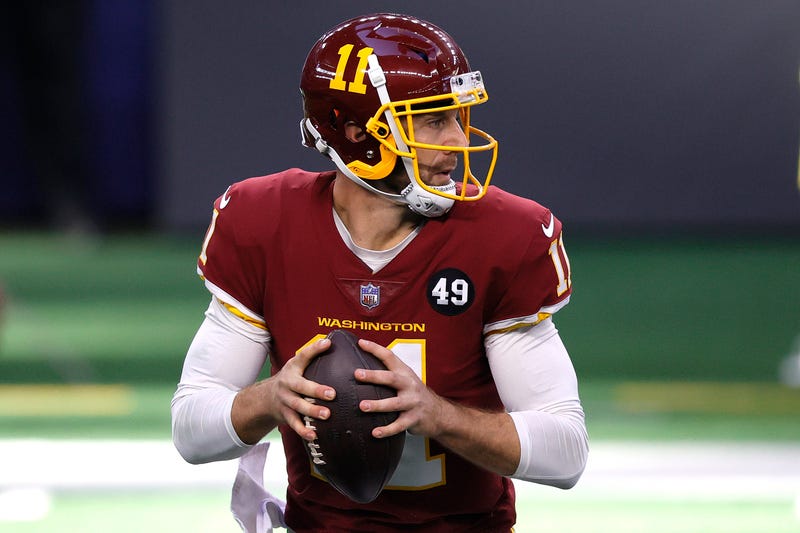 Alex Smith's miraculous two-year comeback from a gruesome, life-threatening leg injury was one of the most inspiring stories in NFL history. And one former Washington Football Team quarterback still remains in awe of Smith's courage, determination, and return to the field last season.

"I was just like everybody. I was so excited, and probably a little bit more," franchise legend Joe Theismann told After Hours with Amy Lawrence on Monday. "I know Elizabeth, his wife, is his biggest fan. I let people know I'm his second-biggest fan. We did have a similar injury -- as a matter of fact, Dak [Prescott] had a similar injury to us as well. But what Alex went through, post-injury, was extremely difficult. If you watch [ESPN documentary] 'Project 11,' you get a real sense of what they had to do to him."

Smith, the reigning Comeback Player of the Year, announced his retirement from the NFL back in April. The 16-year veteran and former first-overall pick suffered a compound right leg fracture in November 2018, and his long recovery required 17 surgeries to treat a life-threatening infection.

Although the organization harbored doubts about Smith's ability to participate in training camp, let alone regular season game action, the 37-year-old defied the odds, earned a spot on the 53-man roster, and made his first start against the Detroit Lions on Nov. 15. Smith played in eight games (5-1 as a starter) for Washington in 2020, and helped the team clinch an NFC East title against the Philadelphia Eagles during Week 17 with a strained right calf.

"The Alex Smith story, to me, is not the story of an athlete. It's the story of someone who just wouldn't allow someone to tell him he couldn't do something," Theismann said. "It's a comeback story. It's a story of resilience, it's a story of discipline, it's a story of hard work. So, when people think there's this terrible, monumental thing that's challenging them, I hope they think of Alex Smith, and think of the fact that he came within 24 hours of losing his leg, he almost died, and he came back on the field..."

For his career, Smith started 167 total games, and passed for 35,650 yards, 199 touchdowns, and 109 interceptions. His 46 interceptions since 2013 were also the second-fewest by a quarterback with at least 70 starts, trailing only Aaron Rodgers.

The entire conversation between Theismann and Lawrence can be accessed in the audio player above.