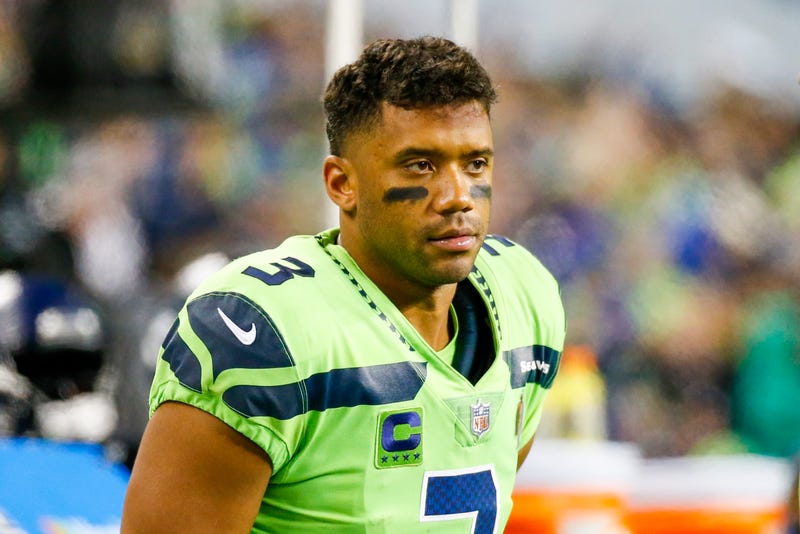 Seattle Seahawks quarterback Russell Wilson has never missed a game in his esteemed NFL career, but his streak of 149 consecutive starts is in jeopardy.

In the Seahawks' 26-17 home loss to the rival Los Angeles Rams on Thursday, Wilson dislocated the middle finger on his throwing hand in the fourth quarter and was unable to finish the game. According to NFL Network's Ian Rapoport, Wilson's x-rays came back negative, but depending on MRI results, surgery is a possibility.

"It's obviously a gigantic injury. We don't know a Seahawks team without Russell Wilson in this era," CBS Sports NFL reporter Jonathan Jones told the Reiter Than You show on Friday. "That didn't look like something that you're going to come back from and be able to grip and throw the football just fine next week. The fortunate part for Seattle is that it was on a Thursday night game, so they have a mini-bye to figure things out...

"All in all, it's not a death sentence for Seattle if Russell Wilson has to be out for a couple of weeks. However, they've dug themselves a 2-3 hole in the toughest division in football. So, they'll have to win through the [Week 9] bye in order to really be alive, coming out of the bye."

Wilson suffered the finger injury on a third-down incompletion, when his hand struck the arm of Rams star defensive tackle Aaron Donald. One series later, Wilson was on the sideline -- he completed 11 of 16 passes for 152 yards with one touchdown and one interception.

Geno Smith relieved Wilson midway through the quarter, and unexpectedly sparked a rally. He orchestrated a 98-yard touchdown drive on his first series, and then drove 46 yards for a field goal on his second. With two minutes left in the fourth, trailing by six, Smith was intercepted on a first-down pass at Seattle's 35-yard line. This mistake led to a win-sealing field goal by the Rams.

Although Seattle believes that Smith can handle damage control if Wilson misses time, their defense is in shambles. According to ESPN Stats & Info, they've allowed at least 450 total yards in four straight games, the longest streak in franchise history and tied for the longest streak in NFL history.

Seattle (2-3) will visit the Pittsburgh Steelers (1-3) in a Week 6 matchup on Sunday, Oct. 17. According to FiveThirtyEight's projections, the Seahawks have a 38-percent chance to reach the playoffs and a 5-percent chance to win the NFC West.

The entire NFL conversation between Jones and Reiter can be accessed in the audio player above.