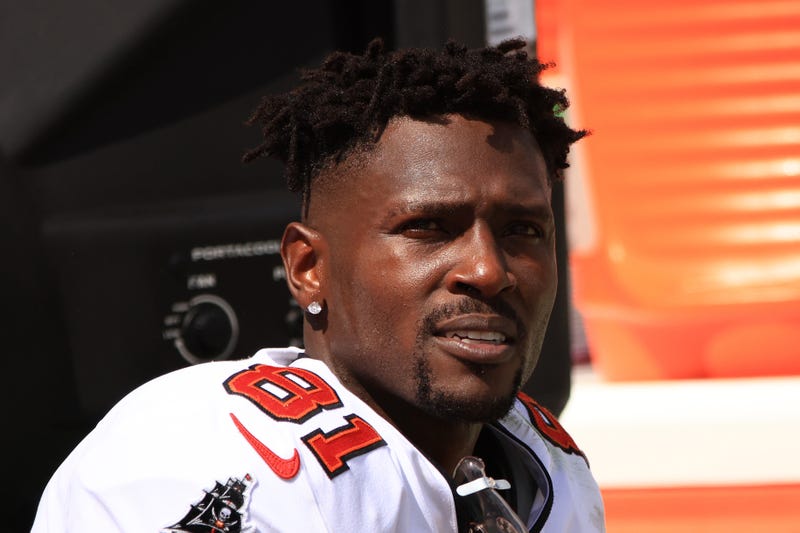 Colin Kaepernick has long been awaiting a return to the NFL, as he last played quarterback in 2016, the same season he started kneeling during the national anthem to protest racial injustices. But his comeback attempt isn't considered legitimate to everyone, and one of the league's most polarizing figures has no intentions of showing him any support.

During an appearance on the "Cigar Talk" podcast, longtime NFL receiver and former Tampa Bay Buccaneers star Antonio Brown grilled Kaepernick, labeling his on-field skillset as "trash." Brown also questioned the 34-year-old's desire to play in the NFL once again, and whether his charitable contributions have helped communities. Brown said, "You took the money and the commercials. We don't see you outside, don't see him in the hood. He don't do nothing."

"I didn't know Antonio Brown was the representative of Black people, I didn't know that," JR said during the JR SportBrief show on Thursday. "For Brown to come out and say these things, it's just ridiculous. What leg does Brown have to stand on?... Brown needs all the help in the world -- it's more than obvious. And, unfortunately, there's going to be a lot of people who now look at Brown like's he somehow, someway, the voice of reason. He's not...

"He's the last person who needs to come out of his mouth, and say anything about Kaepernick. Kaepernick certainly might've undercut himself by settling with the NFL. As a matter of fact, he did. Brown isn't lying there. But to say no one is dealing, messing with him, I'd venture to say that Kaepernick has more supporters than Brown... I think Brown needs to look in the mirror. He needs to look at what he's done -- what he hasn't done -- and get his life together."

JR's complete thoughts on Brown's criticism of Kaepernick can be accessed in the audio player above.