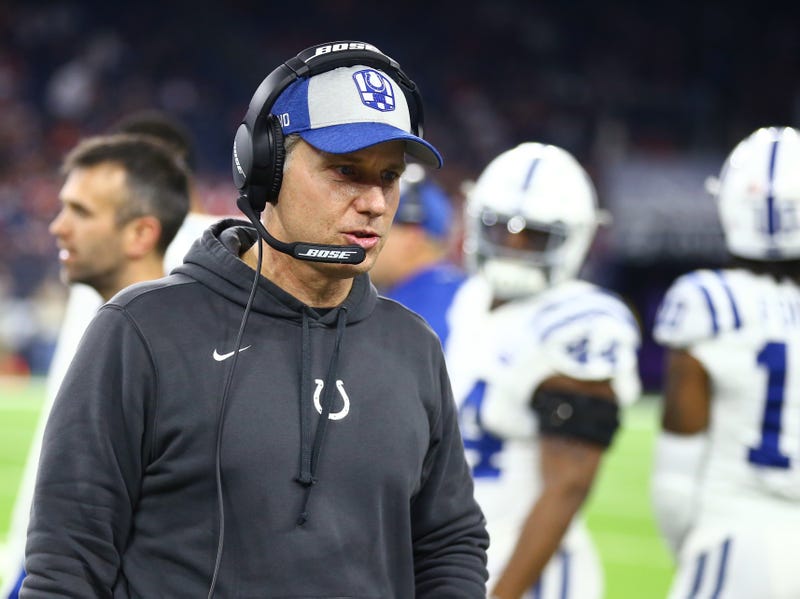 The struggling Chicago Bears' search for Matt Nagy's successor has officially ended, as the team announced on Thursday that Indianapolis Colts defensive coordinator Matt Eberflus will become head coach. The 51-year-old joins new general manager Ryan Poles with the task of restructuring a broken franchise that's missed the NFC playoffs in nine of the past 11 seasons.

Eberflus spent the past four seasons in his role with the Colts, and during this time, his defenses finished top-10 in the NFL in scoring three times. This year, his squad ranked ninth in average points allowed (21.5), 16th in average yards (343.2), and second in takeaways (33). Prior to joining Indianapolis, Eberflus spent seven seasons coaching linebackers for the Dallas Cowboys.

"So maybe Ryan Poles decided to go opposite. I don't think that any of these individuals are stupid. They know they have to hire an offensive coordinator," JR said during the JR SportBrief show on Thursday. "I just certainly hope that it's someone who can work with Justin [Fields] and knows how to operate a Lamborghini. Not someone who's only been on a bicycle. That's not going to do the Bears any good...

"It's been forever since they had a franchise quarterback. They may have one right now. So, Eberflus, to be honest, who the hell cares. It's more important to figure out who you hire as the offensive coordinator... The Bears are sitting at incomplete. The defense has always been fine -- the offense has suffered. And I'm not ready to say a damn thing about Eberflus and his defensive skills until he has an OC... Get someone who can work with Justin Fields."

Chicago, which finished a measly 6-11 for third place in the NFC North in 2021, cut ties with Nagy after four seasons and former general manager Ryan Pace after seven. Although Nagy won NFL Coach of the Year in 2018, leading them to 12 wins and their first playoff appearance in eight years, he was unable to sustain success. Over the next three years, the Bears won 22 of 49 games.

Since Eberflus isn't an offensive mind, both he and Poles must find the right coordinator for Fields, who just completed his rookie campaign. The former first-round pick showed some signs of a franchise quarterback, but finished with 1,870 passing yards, nine all-purpose touchdowns, and 10 interceptions across 12 games (10 starts). Chicago also won't have a first-round pick in the 2022 draft, as they traded it last spring in order to move up to select Fields.

JR's complete thoughts on the Bears' hiring of Eberflus can be accessed in the audio player above.