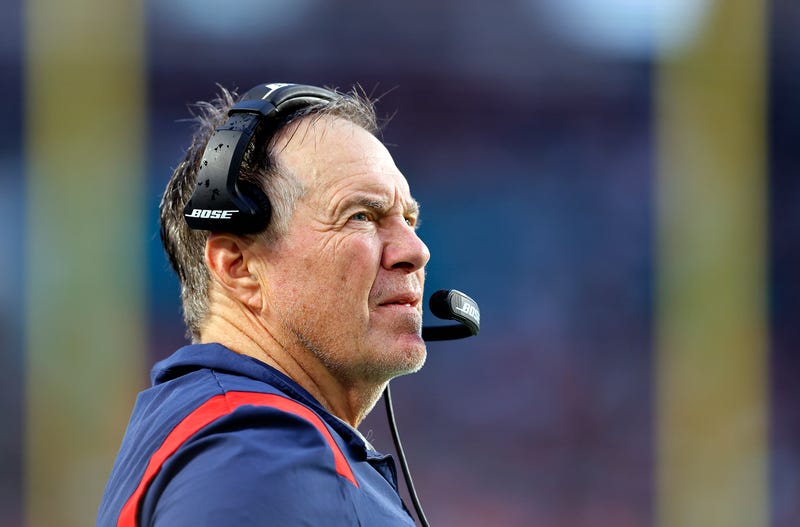 A few more branches on Bill Belichick's coaching tree rotted and snapped this week, as head coaches Brian Flores and Joe Judge were fired by the Miami Dolphins and New York Giants, respectively, for poor performance.

Belichick's list of accomplishments as leader of the New England Patriots speaks for itself. Under his watch, the franchise has won six Super Bowls, attained 17 AFC East titles, and never missed the playoffs in back-to-back seasons. But, for some reason, Belichick's unrivaled success just hasn't brought good fortune to several former assistants-turned-head coaches.

"Is this just a coincidence that one of the greatest coaches of all-time, that his proteges can all fall apart, can't handle the pressure? No," JR said during the JR SportBrief show on Wednesday. "These folks are around Belichick for so long, they think they're Belichick. They forget who the hell they are when they go get new jobs. They don't actually take some of their own personality.

"They don't develop some of their own skills. They don't take the best of what they've learned, structure-wise, and apply it to a new building. Belichick has had his success... We need to get to an NFL that isn't so much, monkey-see, monkey-do. Look at your roster, find a coach that can help you out. Don't just look to guys who fall off Belichick's tree. Because that tree is pretty rotten..."

New England, which finished 10-7 this year with first-round rookie quarterback Mac Jones, will visit the division rival Buffalo Bills in an AFC wild card matchup on Saturday night. According to FiveThirtyEight projections, the Patriots have a 30-percent chance to advance to the divisional round and only a 2-percent chance to reach Super Bowl 56 in Los Angeles.

JR's complete thoughts on the Belichick coaching tree can be accessed in the audio player above.