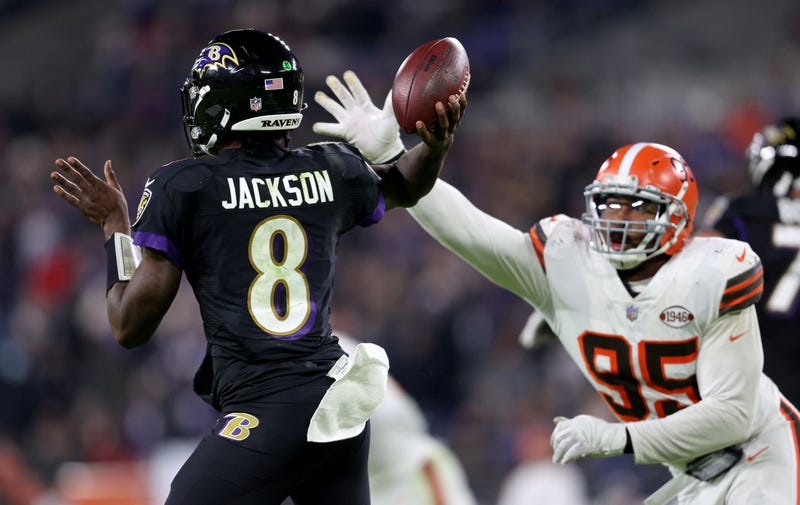 The good news for the Baltimore Ravens is that they're entering December as a first place team in the AFC North. But the bad news is that their recent wins haven't been reassuring or inspiring.

A primetime matchup against a division rival didn't light a fire under Baltimore on Sunday night, as they hideously outlasted the Cleveland Browns, 16-10, in an unappealing clunker at M&T Bank Stadium. Luckily for the Ravens, there's no such thing as style points -- they now have the best record in the AFC.

"The Ravens are nothing but a heart attack waiting to happen. Heart attack, indigestion, upset stomach, and diarrhea. That's what you get when you sit down and watch the Ravens," JR said during Monday's JR SportBrief show. "You better have some Tylenol, some Pepto Bismol. This is a team that's 6-1 when it comes down to games decided by eight points of fewer.

"Every game with these Ravens is an adventure. It's also a heart attack. If you want to take solace in anything about to happen for the Ravens, they're going to take on the Pittsburgh Steelers next. I've got no faith, no hope in them for the remainder of the season at all. I've got no hope in the Browns either..."

From start to finish, Baltimore's offense was atrocious. Lamar Jackson threw three interceptions during the first half, finishing with a career-high four, and completed 20 of 32 passes for just 165 yards and one touchdown. His lone moment of brilliance came early in the third quarter, when he scrambled out of the pocket twice on ridiculous throws to star tight end Mark Andrews.

Jackson was bailed out by the Ravens' stellar effort on defense. They allowed just 262 yards against the Browns, and limited quarterback Baker Mayfield to 14 first downs and 18 completions. Following the game, Ravens head coach John Harbaugh told reporters it was "one of the best defensive performances that we've seen out here in a long time."

Baltimore (8-3) will visit the Pittsburgh Steelers (5-5-1) in a Week 13 matchup on Sunday afternoon. According to FiveThirtyEight's projections, the Ravens currently have a 91-percent chance to reach the playoffs and a 64-percent chance to win the AFC North.

JR's complete thoughts on the Ravens' playoff hopes can be accessed in the audio player above.