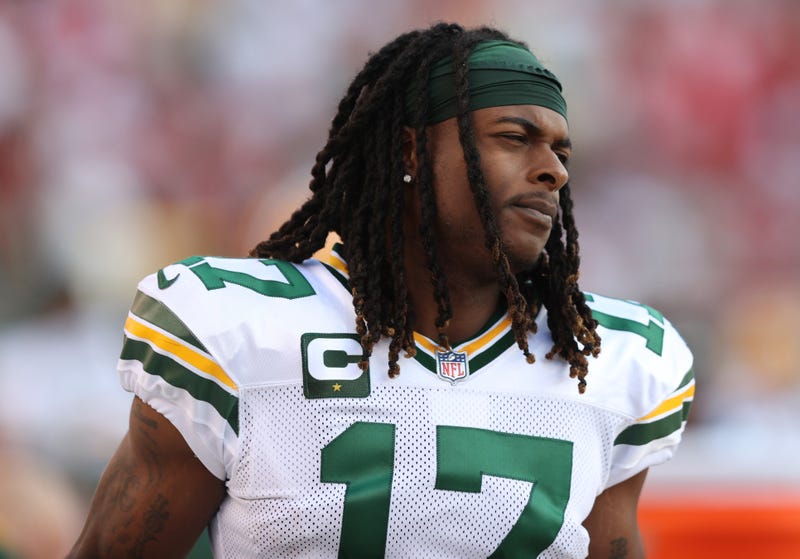 When the Green Bay Packers take on the undefeated Arizona Cardinals at State Farm Stadium this Thursday night, Aaron Rodgers may have to play without his top-three receivers.

The team put wideout Allen Lazard on the reserve/COVID-19 list on Tuesday, one day after star receiver Davante Adams landed on the list. The only way Adams plays against Arizona is if he's asymptomatic and tests negative twice, 24 hours apart. Green Bay can already rule Lazard out -- he's reportedly unvaccinated, and will need to quarantine for five days. On top of this news, Marquez Valdes-Scantling has also missed a month with a hamstring injury.

"I'm not concerned about the Packers -- I think they're going to keep rolling," JR said during Tuesday's edition of the JR SportBrief show. "I'm not going to favor them on Thursday night, although Rodgers might go out there and try to show everybody that he can still do it without one of his top targets.

"It wouldn't surprise me -- with all of the talent and all of the teams in the NFC -- if they go to the title game. The Packers will continue to roll. Unfortunately, the only thing slowing them down in COVID. The division is too easy, Rodgers is too good. When it comes down to the Packers, all we have to do is just wait until the playoffs. It's real simple."

The Packers' season-opening blowout loss to the New Orleans Saints seems like a distant memory. Since Week 1, the team has won six straight games, and they currently own sole possession of first place in the NFC North standings. On Sunday, Green Bay defeated the Washington Football Team, 24-10, behind three touchdown passes from Rodgers.

Adams' potential absence hurts the Packers' chances of beating the league's lone unbeaten team. But interestingly enough, they have a history of playing well without him. Since 2019, Green Bay is 6-0 without Adams, and in those six games, Rodgers averaged 311 yards with a 70.0 completion percentage.

Green Bay (6-1) and Arizona (7-0) are scheduled to kick off at 8:20 p.m. ET on Thursday. According to FiveThirtyEight's projections, the Packers currently have a 94-percent chance to reach the playoffs and an 84-percent chance to win the NFC North.

JR's complete thoughts on the Packers and Thursday night's matchup can be accessed in the audio player above.