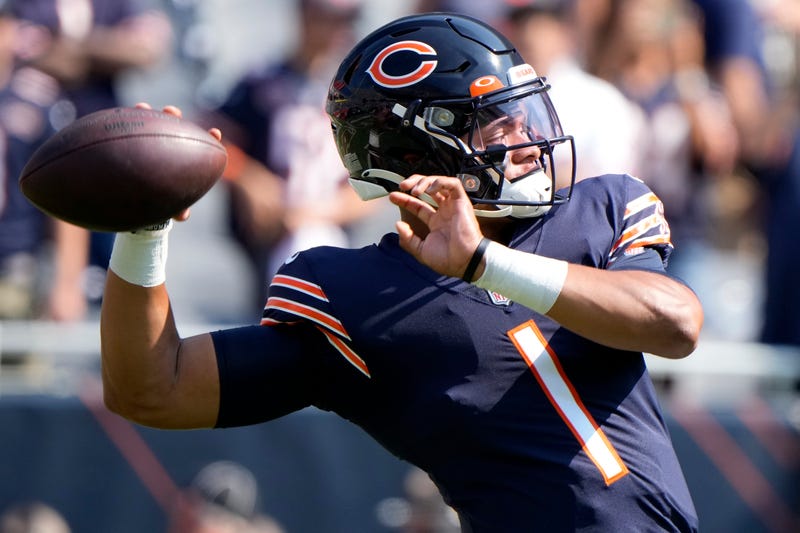 How long will Fields have the keys? The answer is until Dalton's injury heals, according to Nagy. But if Fields performs well in the starting role, don't count on him losing the job that's supposed to be his for years to come.

"Justin Fields is a freak of nature, and I'm glad he's finally getting his shot and opportunity," JR said during Wednesday's edition of the JR SportBrief show. "Most of us believed it was going to come through the course of the season, but not this early. But none of us can go out and predict injuries. None of us can say, 'Oh, Dalton will get hurt in Week 2 and then we'll put him out there'...

Fields, the 11th overall pick in this year's draft, has played in spurts through two games. Overall, he's completed 8 of 15 passes for 70 yards with one interception, and rushed for 34 yards on 11 attempts with one touchdown.

The Ohio State product turned plenty of heads during the preseason, as he went 30 for 49 with 276 passing yards, two touchdowns, and no interceptions in three games. He also rushed for 92 yards and a score on 11 total carries.

Chicago (1-1) will visit the Cleveland Browns (1-1) in a Week 3 matchup on Sunday afternoon. According to FiveThirtyEight's projections, the Bears currently have a 25-percent chance to reach the playoffs and a 19-percent chance to win the NFC North.

JR's complete thoughts on Fields and the Bears can be accessed in the audio player above.