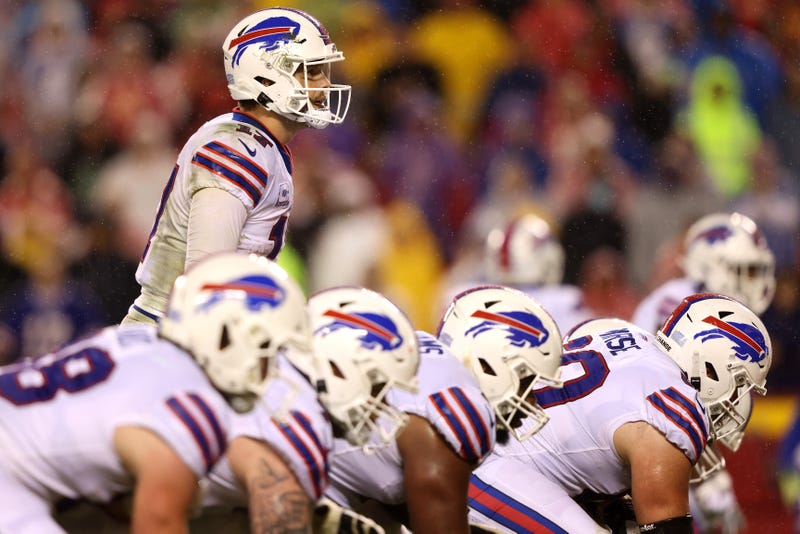 Buffalo Bills quarterback Josh Allen told reporters on Monday that the team's beatdown of the reigning AFC champion Kansas City Chiefs on Sunday wasn't any more meaningful than the next win they're seeking. A diplomatic answer.

But the Bills' performance on the road, in primetime, solidified themselves as surefire favorites to win the conference this year. They've staked their claim. The only question that remains is whether the franchise will finally slay its old playoff demons this winter.

"The Bills are better than the Chiefs right now, this minute. Are they going to be better than the Chiefs, come playoff time? That's when they've got to get over the hump," JR said during Tuesday's edition of the JR SportBrief show. "I'm not ready to crown the Buffalo Bills as AFC champions. I'm not ready to call them the best team, the team to beat.

"They're the best team right now, without a doubt. But we've still got a long NFL season ahead of us. There's still room, unfortunately, for injuries. There's still room for things we can't even predict. I think the Bills are better than the Chiefs right now. But to say they've surpassed them? Nope. To be the best, you've got to beat them in the playoffs..."

Allen has become the frontrunner to win league MVP, and for good reason. The fourth-year starter threw for 315 yards with four total touchdowns against the Chiefs, and also ran for a team-high 59 yards on 11 attempts. Through five games, the Bills rank first in the league in average points (34.4) and eighth in average yards (410.4).

Buffalo (4-1) will visit the Tennessee Titans (3-2) in a Week 6 matchup on Monday, Oct. 18. According to FiveThirtyEight's projections, the Bills currently have a league-high 98-percent chance to reach the playoffs and a 94-percent chance to win the AFC East.

JR's complete thoughts on the Bills and AFC playoff picture can be accessed in the audio player above.