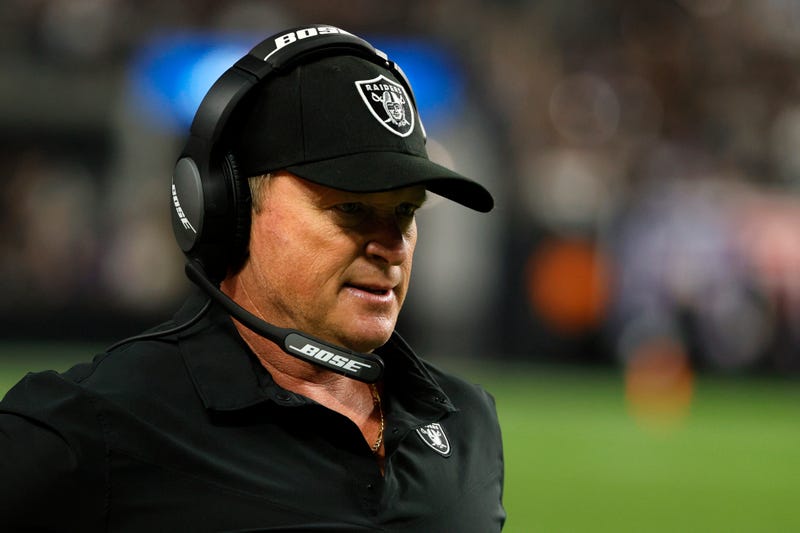 "Gruden is on record of disparaging a black man's appearance. He's on record of using homophobic slurs. He's on record for disparaging women and their ability to operate in what is a male-dominated field," JR said during Monday's edition of the JR SportBrief show. "These are some of the things that Gruden has shared, and has been very comfortable sharing over the past 10 years...

"It doesn't matter how you feel about Gruden, the Raiders. It's called, practice what you preach. If there's a player who's not worth the time, a player who's dividing the locker room, an individual who's tearing apart the team, he gets cut, he gets told to go home. The keycard doesn't work... Gruden should go."

Gruden's emails -- which were detailed in a report from The New York Times -- included a racist comment about NFLPA executive director DeMaurice Smith, and featured vulgar criticism of NFL commissioner Roger Goodell. In addition, The Times also revealed that Gruden denounced the drafting of a gay player, Michael Sam, and tolerance of players protesting during the national anthem.

Following the Raiders' loss on Sunday, Gruden apologized for his "insensitive remarks" about Smith, telling reporters that he's not a racist. His emails were divulged during the NFL's investigation into workplace misconduct with the Washington Football Team, and according to The Times, Gruden sent emails to Bruce Allen, then the president of Washington.

Under Gruden's watch, the Raiders went 21-31 across four seasons. He signed an NFL-record 10-year, $100 million contract with Las Vegas back in 2018, and failed to reach the playoffs or achieve a winning season once. According to FiveThirtyEight's projections, the Raiders (3-2) currently have a 32-percent chance to reach the playoffs, and a 6-percent chance to win the AFC West.

JR's complete thoughts on Gruden's resignation and the Raiders can be accessed in the audio player above.