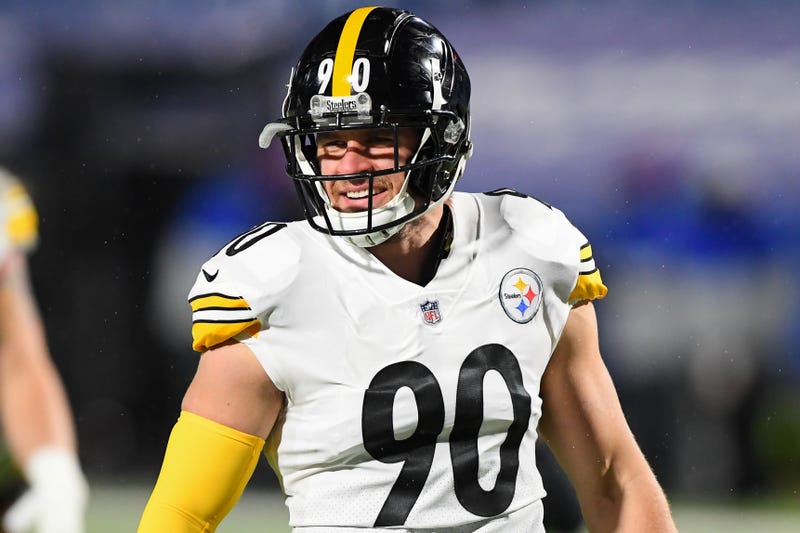 The Pittsburgh Steelers' defense has the requisite talent to keep the team in playoff contention this season. And their top playmaker on the edge just got paid, big-time.

According to multiple reports, fifth-year edge rusher T.J. Watt agreed to a massive four-year, $112 million contract extension on Thursday that includes $80 million in full guarantees. The deal will pay the 26-year-old an average of $28 million per year, making him the highest-paid defensive player in the NFL.

During Thursday's edition of the JR SportBrief show, JR discussed Watt's historic contract extension, and what it means for Pittsburgh moving forward.

"I really don't see this making a gigantic difference when you think about the Steelers this year, unfortunately. We know this is a nice move with [linebacker] Bud Dupree out of the building, and T.J. Watt can actually go and play and he doesn't have to worry about his contract..."

In 2020, Watt became just the third player since 2006 to record 15 or more sacks and 40 or more quarterback hits in a season, joining Donald and his older brother, J.J. Since 2018, Watt has racked up double-digit sacks in each season, and he enters 2021 as a top Defensive Player of the Year candidate.

Pittsburgh will open the 2021 campaign on the road against the Buffalo Bills on Sept. 12. According to the William Hill Sportsbook, the Steelers currently have the third-best odds (+430) to win the AFC North and the 10th-best odds (+2000) to win the conference.

JR's complete thoughts on Watt's contract extension with the Steelers can be accessed in the audio player above.