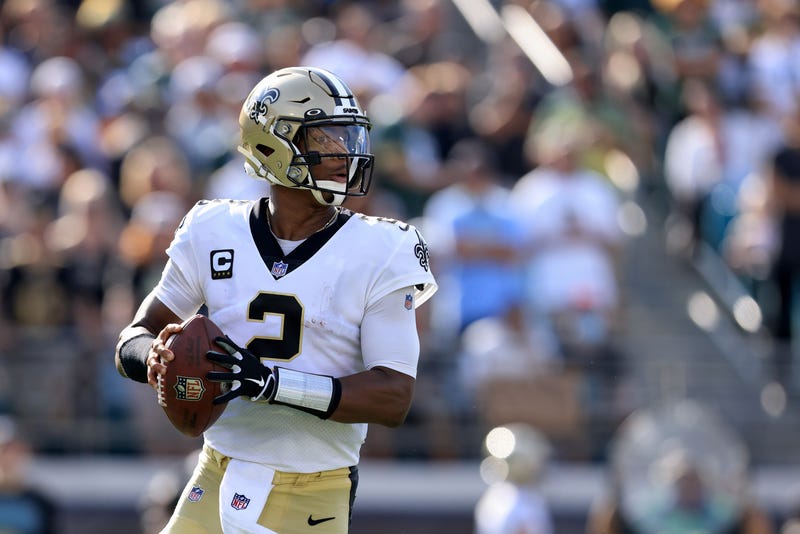 The New Orleans Saints, now in the post-Drew Brees era, couldn't have drawn up a better start to their regular season with Jameis Winston at quarterback.

In the team's stunning 38-3 rout of the Green Bay Packers on a neutral field in Jacksonville on Sunday, Winston simply thrived, completing 14 of 20 passes for just 148 yards with a tied career-high five touchdown passes. According to ESPN Stats & Info, the 27-year-old became the seventh quarterback in history with five passing scores and no interceptions in a season opener.

"This might be his last shot and opportunity to start in the NFL," JR said during Monday's edition of the JR SportBrief show. "If Winston doesn't look good this year, if he doesn't string together victories, if he's not on the positive end with the Saints, they'll move on... And for Winston -- someone we've seen win awards and a college championship and go to a Pro Bowl -- all the talent is there. Sometimes you need the right environment to keep things going.

Winston, the first overall pick in the 2015 draft, re-signed with the Saints for up to $12 million in March. He was used sparingly in 2020, as he sat behind Brees while the future Hall of Famer went through his final year in the NFL.

In five seasons with the Tampa Bay Buccaneers, Winston went 28-42 overall, accruing a 61.3 completion percentage with 19,737 yards, 121 touchdowns, and 88 interceptions. The former Heisman Trophy winner also threw for 5,000 yards in 2019, but became the first player in league history to record at least 30 touchdowns and 30 interceptions in a season.

New Orleans (1-0) will visit the Carolina Panthers (1-0) in a Week 2 matchup on Sunday in Charlotte. According to FiveThirtyEight's projections, the Saints currently have a 73-percent chance to reach the playoffs, and a 34-percent chance to win the NFC South.

JR's complete thoughts on Winston and the Saints can be accessed in the audio player above.