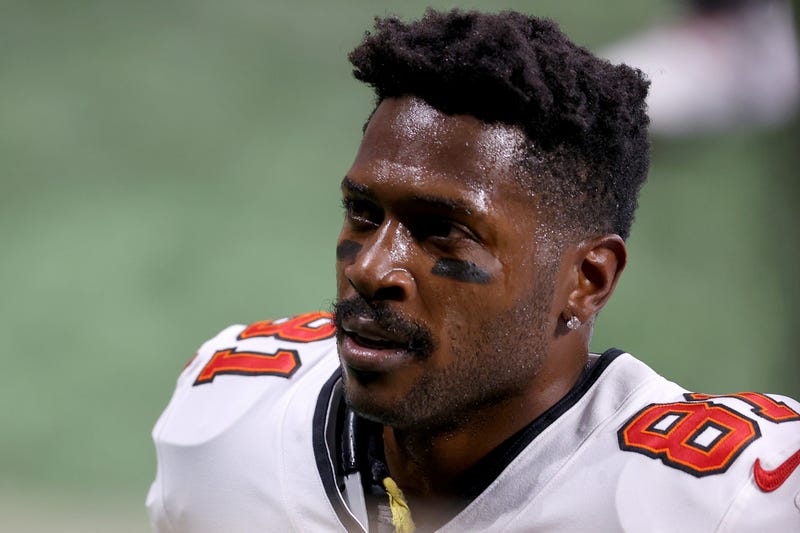 On Wednesday, the Tampa Bay Buccaneers re-signed veteran wide receiver Antonio Brown to a one-year contract that could be worth up to $6.25 million with $3.1 million guaranteed, according to multiple reports.

While Brown is far from a model citizen or reliable offensive threat moving forward, could the 32-year-old turn his career around, and become a legitimate Pro Football Hall of Fame candidate?

During Wednesday's edition of the JR SportBrief show, JR discussed Brown's chances of one day being enshrined in Canton.

"You may not like him. There is no relationship. But do you believe Antonio Brown is one of the best wide receivers ever? You know what, I'll take it a step further: do you believe that Antonio Brown can resurrect his career and potentially get into the Hall of Fame?" JR said. "This man was on a crazy route. From 2014 to 2018 -- before his missteps -- he had more receiving yards than any other player in the league. Heading into last season, he was 28th in career receptions, he was 35th in career receiving yards. He's now added to that a little bit in his eight games. But he was on a Hall of Fame trajectory pretty much since he got into the league and got consistent playing time in 2011.

"He is one of the best wide receivers. He was an All-Decade wide receiver last year. Do you think Antonio Brown will one day get into the Hall of Fame?... I don't think it's all that much of a long-shot. He's going to be 33 in July. If he can tack on two, three, maybe four more seasons, I think he gets into the Hall of Fame. If I had to be a betting man, I'd bet against it, but I think it's a realistic possibility."

Brown, who spent the first nine seasons of his career with the Pittsburgh Steelers, is a seven-time Pro Bowler and four-time first-team All Pro, and he's amassed 886 receptions for 11,746 yards and 79 touchdowns across 139 regular season games (11 seasons).

JR's complete thoughts on Brown can be accessed in the audio player above.