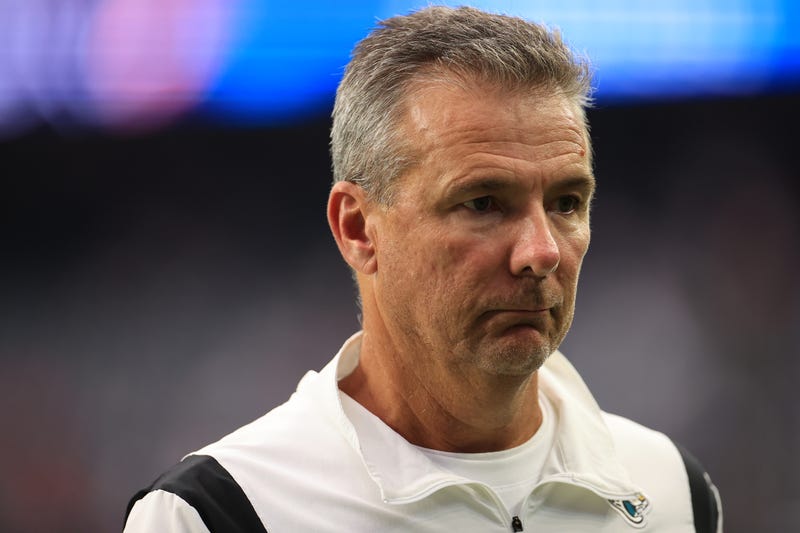 The USC Trojans can scratch Urban Meyer off their coaching candidates list, as the Jacksonville Jaguars' new head coach told reporters on Wednesday that he's committed to staying in the NFL and rebuilding the organization.

But is Meyer, who spent over three decades in the college ranks, truly cut out for the NFL? Is he willing and able to guide Jacksonville through the muck? JR discussed Meyer's future during the JR SportBrief show on Wednesday.

"I'm not worried about Urban Meyer leaving [the NFL] right now. But I think there's a reality where he's not long for the job with the Jaguars," JR said. "That he might stick around for two, three years, and is anybody expecting the Jags to have a winning season next year? I don't. I also don't see [Jags owner] Shad Kahn firing him...

"But the deal is, Urban Meyer, he has an M.O. -- when it gets hot, he's going to leave. It wouldn't surprise me if he sticks around for two years, maybe three, and then goes, 'You know what, I'm not the guy for the job,' and goes right back to television. It is what it is. This is also the Jacksonville Jaguars. Why should we trust him to stick around?"

The Jaguars were sloppy in their season-opening loss to the Houston Texans last Sunday. Overall, they dropped six passes, and committed 10 penalties for a combined loss of 82 yards. Rookie quarterback Trevor Lawrence didn't have an ideal debut, either, as he completed 28 of 51 passes for 332 yards with three touchdowns and three interceptions.

Jacksonville (0-1) will host the Denver Broncos (1-0) in a Week 2 matchup on Sunday afternoon. According to FiveThirtyEight projections, the Jaguars have just a 10-percent chance to reach the playoffs, and an 8-percent chance to win the AFC South.

JR's complete thoughts on Meyer and the Jaguars can be accessed in the audio player above.