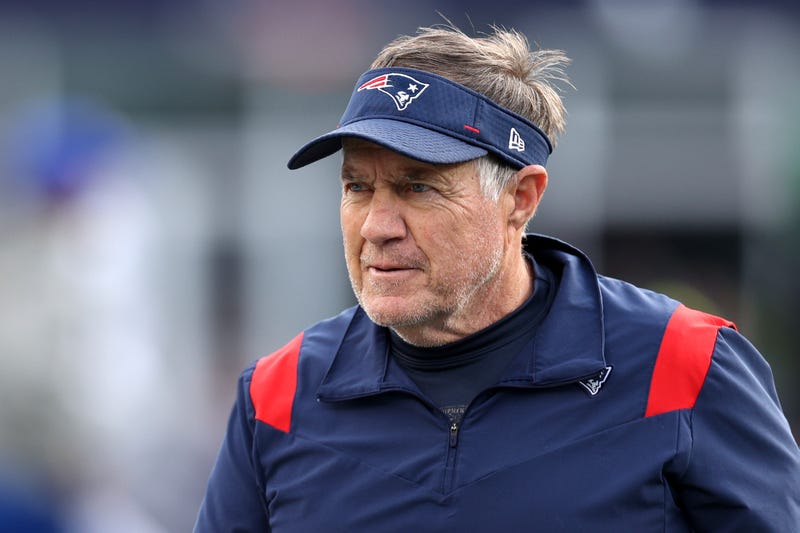 For the first time in over a decade, the New England Patriots are embarking on a season without Josh McDaniels as their offensive coordinator. Following the team's playoff loss to the division rival Buffalo Bills in January, the 46-year-old play-caller decided to leave his role, and become the next head coach of the Las Vegas Raiders. McDaniels was the league's longest-tenured coordinator.

According to reports, Patriots head coach Bill Belichick has yet to nominate McDaniel's successor. And the play-calling duties appear to be up for grabs between Matt Patricia and Joe Judge, who spent time as team assistants to Belichick before failed stints as NFL head coaches. It's unclear whether the Patriots, led by second-year quarterback Mac Jones, will reach the playoffs this season in a loaded AFC. But Boston radio host Rich Keefe believes that Belichick won't be going anywhere if they do fall short.

"I think he's still the guy. What people are going to question is, how he fills out not only the roster -- as he's the de facto GM, and runs the whole ship -- but the coaching staff is very peculiar," Keefe told The DA Show on Friday. "I can't stand the offensive coaches right now. They lose Josh McDaniels. Fine, good teams lose their coordinators all the time. And now, they have Judge, Patricia, and then a couple of unproven guys. That's what they have on offense.

"Belichick's going to get more blame for not surrounding Mac Jones with the right pieces. And the AFC's so loaded, I'm not predicting the Patriots to make the playoffs. But I want to see a nice second year in Jones -- can he improve this season. I feel like, with the coaches and receivers around him, it's going to be really difficult for him to be a whole lot better in year two. And I still want Belichick coaching my team. It's just a matter of, can he do everything."

Patricia, who was fired before completing his third season as head coach of the Detroit Lions in 2020, served as the Patriots' defensive coordinator from 2012 to 2017. Prior to the promotion, he spent an additional eight seasons as an assistant on Belichick's staff, working with the offensive line, linebackers, and safeties. As for Judge, he spent eight years working with New England's special teams (2012-19), and was the New York Giants' leader from 2020-21.

The Patriots' wild-card loss to the Bills was no ordinary defeat for Belichick. They were humiliated by their division rival, 47-17 at Highmark Stadium, and those 47 points were the most ever allowed by a team of his in the playoffs. New England's 30-point margin of defeat was also its third-biggest in team history, and Buffalo became the first team in the Super Bowl era to score on each of its seven possessions that didn't end in a kneel-down.

The entire conversation between Keefe and DA can be accessed in the audio player above.