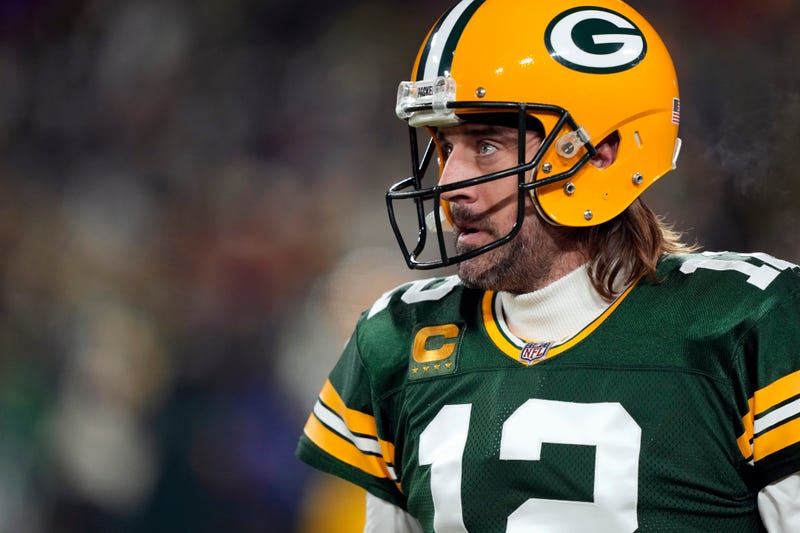 For the second straight offseason, Aaron Rodgers has decided to continue his Hall of Fame playing career with the only franchise that he's ever known. The two-time reigning MVP announced in a tweet on Tuesday that he'll play for the Green Bay Packers in 2022, and also noted that initial reports of him signing a contract extension -- one worth $200 million -- aren't accurate.

Whatever the new terms may be, another drama-packed Rodgers episode has reached its end. 2022 will mark his 18th season with the Packers, and they remain in prime position to contend for a Super Bowl title. Of course, capturing a second Lombardi Trophy would require Rodgers to slay playoff demons that've haunted him for more than a decade.

"Look, they're heavily mortgaged and heavily leveraged. Whenever this thing ends, it's going to end with a thud," CBS Sports insider Jason La Canfora told the JR SportBrief show on Tuesday. "And they're going to be in a deep, deep hole, the likes of which we probably haven't seen since they played games in Milwaukee County Stadium... If they win a Super Bowl in the next year or two, or however long Rodgers plays, then I guess it's all worth it.

"But they couldn't win a Super Bowl with the guy the last two years when they had a better roster than it stands to reason they'll have this season, because of their cap problems. I feel like they're making a deal with the devil, and they should've traded Aaron Rodgers a year ago. But we'll see how it all plays out... They've got to win a Super Bowl. This is about Rodgers getting to a second ring -- ending this saga, this epic journey with Rodgers on a high note."

Rodgers produced his fourth career MVP campaign in 2021. In 16 games, he amassed 4,115 passing yards with 37 touchdowns and just four interceptions, and didn't commit a single turnover from Week 10 on. Rodgers also delivered some clutch performances while battling a broken pinky toe, suffered in mid-November. Green Bay's season ended on a sour note, though, as its offense scored 10 points in a divisional-round home loss to the San Francisco 49ers.

One additional piece of positive news for Rodgers is that his go-to receiver, Davante Adams, has been franchise tagged and will earn $18 million in 2022. The 29-year-old superstar racked up 1,553 yards with 11 touchdowns in 2021, and the tandem has the most touchdowns in franchise history. According to the William Hill Sportsbook, the Packers have the third-best odds to win next season's Super Bowl.

The entire NFL conversation between La Canfora and JR can be accessed in the audio player above.