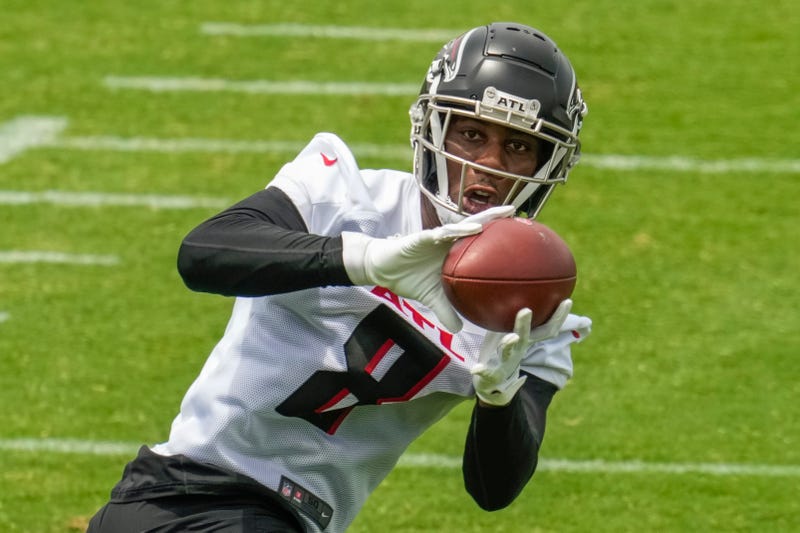 And although some fans may still believe that the Falcons' draft strategy was flawed, former Georgia quarterback Hutson Mason has pretty high hopes for the potential Offensive Rookie of the Year winner.

"And when you look at it that way -- and how many balls and targets those types of guys get, how you can move them all around the formation -- then all of the sudden, you're talking about, 'No, we didn't overdraft. We got one heck of a player who could go on to be a multi-time Pro Bowler. So, I like the pick."

Pitts, a 6-foot-6, 245-pounder who was ranked the fifth-overall prospect on Pro Football Focus' draft board, became the highest-drafted tight end in the NFL's common era on April 29. In eight games last season, the 20-year-old caught 43 passes for 770 yards and 12 touchdowns, and recorded the second-highest touchdown total by a tight end in SEC history.

In late June, Pitts signed a four-year, $32.9 million fully-guaranteed contract with Atlanta. The deal also included a fifth-year team option, and a signing bonus worth $21 million.

The Falcons officially begin training camp on July 27, and open the regular season at home against the Philadelphia Eagles on Sept. 12.

The entire football conversation between Mason and Gelb can be accessed in the audio player above.