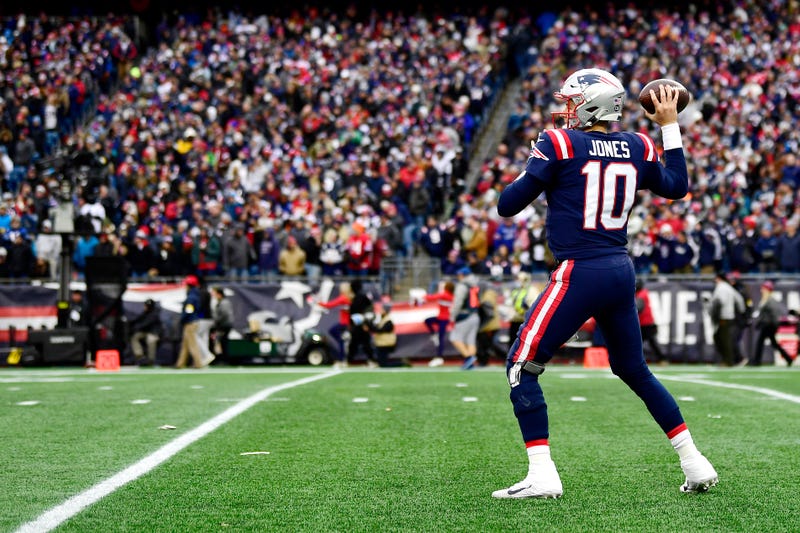 If there were any concerns about Mac Jones' ability to perform at a high level in cold, wintry weather, the New England Patriots' rookie quarterback abated them on Sunday afternoon.

With snow flurries swirling and the temperature in the mid-30s, Jones looked plenty comfortable in his role, throwing for a career-high 310 yards with a pair of touchdowns in the team's 36-13 win over the Tennessee Titans in Foxboro. According to ESPN Stats & Info, the Patriots are just the second team in NFL history to win three straight games by 20 points with the same rookie starter.

"I felt like Mac Jones was the best quarterback in his class last year. And he didn't receive that type of credit because of the other guys and how athletic they were, compared to Mac Jones," CBS Sports analyst Bryant McFadden told the Reiter Than You show on Monday. "Jones got criticized a lot because he has a 50-year-old, soccer dad-like body. That was the issue for Jones...

"But he's a natural thrower of the football. And I'm okay with my quarterback being a better thrower than runner, any day of the week. I'm okay with that, not to mention the cerebral elements of the game that he's able to display... I'm not surprised to see the job he's doing. That's what I expected. They've got them a pretty good quarterback, a guy they can build on in the future."

The Patriots' game script wasn't exactly conventional -- their defense allowed a season-high 270 yards on the ground, and their own committee of running backs were limited to just 23 first-half yards. But when New England needed big plays from Jones, he delivered. Midway through the third quarter, leading 19-13, he connected with receiver Kenrick Bourne on a 41-yard score, which proved to be a back-breaker for Tennessee.

Jones, who turned 23 in September, has been head and shoulders above of his rookie competition. He currently leads all first-year quarterbacks in major categories, and has completed 70.3-percent of his passes for 2,850 yards with 16 touchdowns and eight interceptions. He's also won six consecutive games, and the consensus favorite to win Offensive Rookie of the Year.

New England (8-4), which owns first place in the AFC East, will visit the rival Buffalo Bills (7-4) in a primetime Week 13 matchup on Monday night, Dec. 6. According to FiveThirtyEight, the Patriots currently have a 91-percent chance to reach the playoffs and a 45-percent chance to win the division.