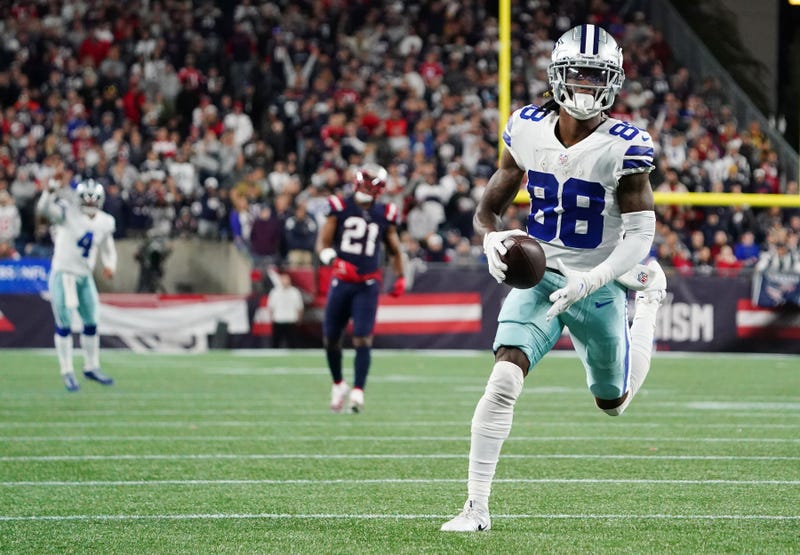 The New England Patriots, intent on loading the box and stopping the run, dared Dak Prescott and the Dallas Cowboys' offense to beat them via the passing game. Well, talk about all-time backfires.

In the Cowboys' 35-29 overtime win at Gillette Stadium on Sunday afternoon, Prescott threw for 445 yards -- the most the Patriots have ever given up to a quarterback since Bill Belichick became head coach in 2000. On top of that, Dallas finished with 567 total yards of offense, another all-time mark against a Belichick-led defense.

"I've got to humble myself. Yes, [the Cowboys] are a legitimate Super Bowl contender," CBS Sports analyst Bryant McFadden told the Reiter Than You show on Monday. "Dak Prescott has been playing some top-tier football. Their offensive line is starting to come together. Last year, they dealt with a lot of injuries. Now they're coming together, and because of that, they have so much balance on the offensive end.

"Defensively, they have the best player in Trevon Diggs. The football just seems to find him, he seems to find the endzone. And don't forget, they're doing this without their best pass rusher in DeMarcus Lawrence... It's safe to say that, when the playoffs start, they're going to just mosey into the playoffs feeling super good, drinking some sweet tea because they didn't have to fight in their division..."

Sunday's contest didn't lack chaos or drama. Dallas and New England scored a combined five times in the fourth quarter, three in the final three minutes of regulation. With 2:42 remaining, Diggs picked off Patriots rookie Mac Jones and returned it 42 yards for a touchdown, giving the Cowboys a 26-21 lead. One play later, Jones connected with Kendrick Bourne for a 75-yard score, and then hooked up with Jakobi Myers on the two-point conversion attempt.

The Cowboys managed to send the game to overtime when Greg Zuerlein capped off a nine-play drive with a 49-yard field goal from the left hash mark. And after the Patriots punted on their first possession in extra time, Prescott connected with rookie receiver CeeDee Lamb on a 35-yard touchdown pass, sealing the win in Foxboro. Overall, Prescott completed 36 of 51 passes for three touchdowns and one interception, while Lamb finished with a career-high nine catches for 149 yards with two scores.

After the game, Prescott was seen wearing a walking boot, due to a right calf strain suffered on the touchdown pass to Lamb. Although he's scheduled for an MRI, he told reporters that he wasn't overly concerned about the leg injury.

Dallas, which enters its bye week at 5-1, will visit the Minnesota Vikings (3-3) in a Week 8 matchup on Oct. 31. According to FiveThirtyEight, the Cowboys currently have a 93-percent chance to reach the playoffs and an 88-percent chance to win the NFC East.