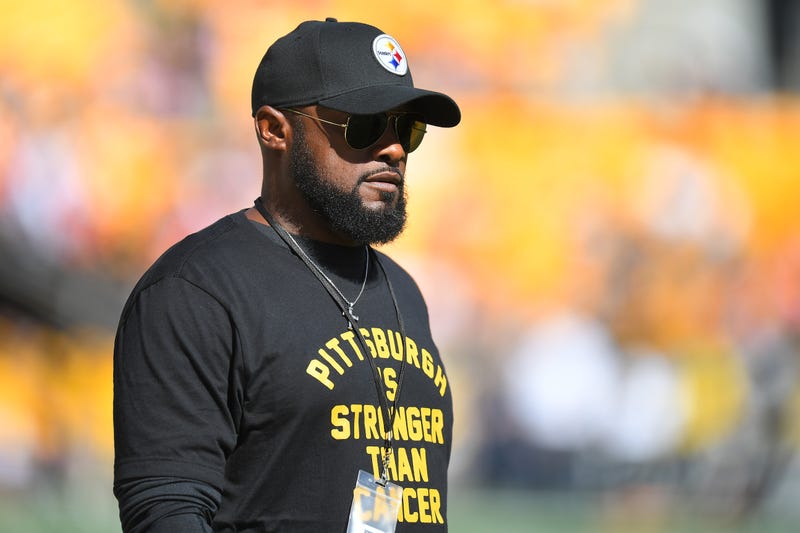 During his weekly press conference on Tuesday, Tomlin vehemently rejected recent rumors linking him to the USC opening, scoffing at the speculation and stating that "there's not a booster with a big enough blank check" for him to leave what he called "one of the best jobs" in all of professional sports.

"When it comes to the USC job, you hear a lot of names. It's one of the most sought-out jobs in college football, and of course, a lot of the big names are always going to be attached," NFL Network analyst Willie McGinest told the Tiki and Tierney show on Wednesday. "So, I can't say I hadn't heard [Tomlin's name in rumors]. But hearing Mike pretty much clear the air... he was adamant about being happy where he is. And it was true.

"One of the best NFL jobs is being the Steelers' coach. He's been there for a number of years, had a lot of success. He's done a lot for that organization, they've been good to him. So, it does feel a little disrespectful, if somebody's talking about a college job in the middle of the season when you're trying to get your team right, get them into the playoffs, and get them to play at a certain level. It makes it seem like you're not focused on the task at hand."

Tomlin, who signed a three-year contract extension with the Steelers in April, has compiled a 148-81-1 record across 15 seasons, and in 2008, he became the youngest head coach (age 36) to win a Super Bowl. Since then, Tomlin has led Pittsburgh to the playoffs seven times, and won five AFC North titles.

Under the stewardship of Tomlin, the Steelers have never finished a season with a losing record. This streak of winning campaigns could end this winter, however, as the team is currently treading water at 3-3 in a tight division race. Through six games, their offense ranks 27th in the league in average yards, 26th in average points, and 29th in average rushing yards.

Pittsburgh will visit the Cleveland Browns (4-3) in a marquee Week 8 matchup on Sunday afternoon. According to FiveThirtyEight's projections, the Steelers have just a 22-percent chance to reach the playoffs.

The entire NFL conversation between McGinest and Tiki and Tierney can be accessed in the audio player above.