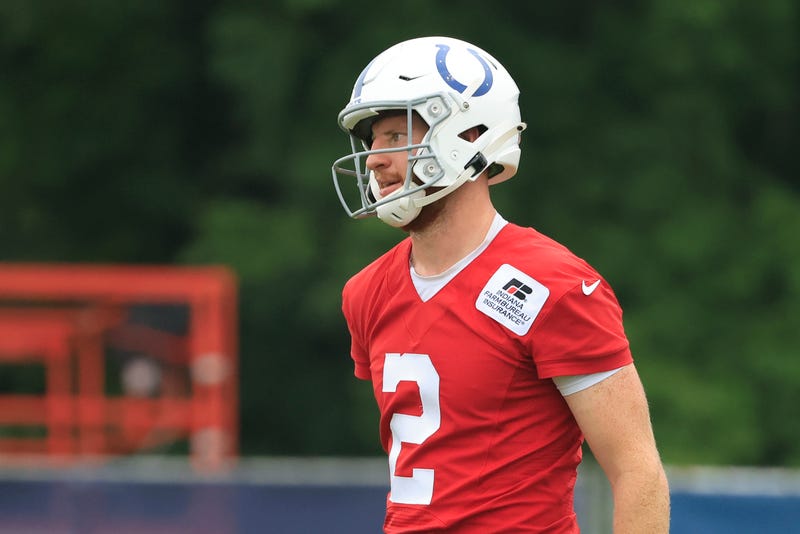 The Indianapolis Colts are holding their breath on Carson Wentz's foot injury, bracing for the possibility that their new franchise quarterback will need to undergo surgery and be sidelined for an extended period of time.

Suffice to say, the second act of Wentz's narrative is off to a nightmarish start. But former Philadelphia Eagles quarterback Donovan McNabb believes that the 28-year-old still has a chance to once again thrive as a starter in the NFL.

"I think Carson Wentz has all the tools," McNabb told The Zach Gelb Show on Friday. "I think him having a new journey and being in a new place is going to help his success. He has a comfort level with [Colts head coach] Frank Reich. But the thing we fail to realize, even in this situation -- and it's a tough draw right now with him and his injury -- Indianapolis has had a lot of success since Frank Reich's been there...

"This team is ready to win right now. And they needed a Carson Wentz, who could lead them and play at an elevated level, to be able to lead them through at least the second round of the playoffs... They just need a quarterback to be able to steer the ship, protect the football, move the chains, and get into the end zone, and everything will be fine."

Wentz, who was traded by the Eagles back in March, suffered the foot injury during practice on Thursday. Colts offensive coordinator Marcus Brady told reporters on Friday that the former first-round pick felt a "twinge" in his foot when he planted to throw a pass, and he's reportedly scheduled to see noted foot specialist Dr. Robert Anderson in the coming days.

In 11.5 games for the Eagles last year, Wentz finished with career-low marks in touchdowns (16), completion percentage (57.4), and passing yards (2,620). To make matters even worse, he also threw a career-high 15 interceptions and was sacked 50 times. His last appearance for Philadelphia came in Week 13 against the Green Bay Packers, when he was benched for rookie Jalen Hurts midway through the third quarter.

"You have to be mentally strong, no matter what's been said on the outside or what's been chirped inside the locker room. You've got to focus in on you," McNabb said. "Because what happens is, everybody is trying to be a star, everybody is trying to make a name for themselves. They're going to use your name to get that success. So you've got to focus on you and doing your job...

"It doesn't matter who's outside your house, it doesn't matter who's saying what or who's doing what. It's you focusing on your job. And for Carson, if he gets back to that mode where he just focuses on him and what he has to do as a leader and quarterback of a football team, then he'll be fine."

While Wentz is out indefinitely, 2020 fourth-round quarterback Jacob Eason moves up a spot on the depth chart. The Colts will most likely search outside the organization for Wentz's temporary replacement.

Indianapolis opens the regular season at home against the Seattle Seahawks on Sept. 12. According to the William Hill Sportsbook, the Colts currently have the fifth-best odds (+1300) to win the AFC and reach the Super Bowl for the first time since 2010.

The entire NFL conversation between McNabb and Gelb can be accessed in the audio player above.