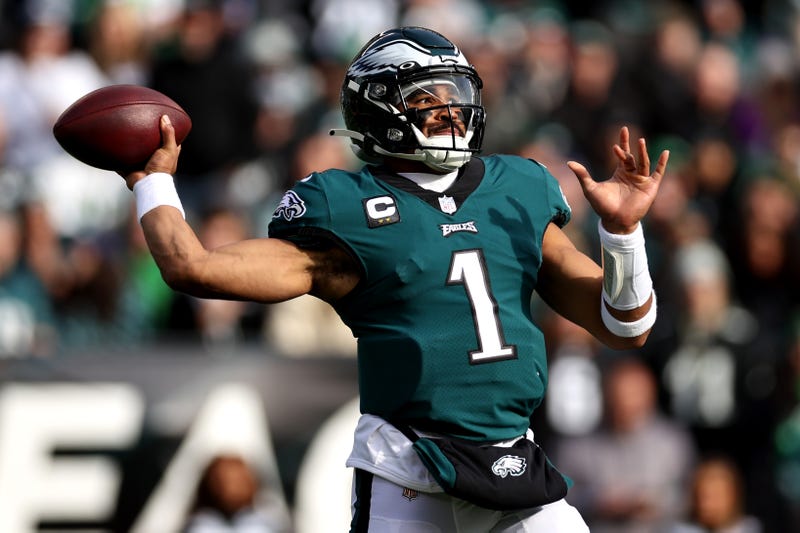 Cowboys star linebacker Micah Parsons gave us an early Christmas gift by calling out Eagles star quarterback Jalen Hurts less than two weeks before their crucial showdown at AT&T Stadium. Parsons added to the rivalry and also raised an all-important NFL question: is Hurts' success the result of his supporting cast? Finally, America can place its petty arguments to the side, and fully jump into a system quarterback debate.

Here are comments Parsons made about Hurts during his guest appearance on Von Miller's podcast:

Parsons: "Is it Hurts or the team?"
Miller: "I think it's a little bit of both."
Parsons: "It's the system and the team."

I've been a Hurts supporter longer than most fans -- I have all the receipts on how good I believed he was last season. His stats were deceiving, because it seemed that every time he threw for a touchdown, officials called it a holding penalty and took it off the board. But, Parsons is absolutely right -- Hurts is a system quarterback. Every quarterback is a system quarterback.

The quarterbacks have to play in an offensive system. This is obvious. But the underlying truth Parsons got right is that we give too much individual credit to players and ignore bigger pictures. Especially when it comes to quarterbacks.

Back in 2006, I wrote my first :Against the Grain" blog for SI.com and declared Tom Brady as a system quarterback. My argument was simple: if another team had drafted Brady, he might not have gone on to have a Hall of Fame career -- a fact Brady himself has acknowledged. Well, my thesis wasn't well received. A top Patriots blog, "Pats Pulpit," led the way: "One of Brady's greatest assets as a quarterback is his intelligence. He's smart. Very smart Perloff? Is not."

I had to wait 16 years and watch Brady rewrite the NFL record books, but this season finally proved my argument was right. Look at what happens to Brady when everything crumbles around him. Now he's an old, system quarterback.

Parsons' recent comments rubbed a lot of people the wrong way. They were interpreted as minimizing Hurts' achievements. The main reason people hate the system argument so much is because it makes them confront the reality that all of us are just system players. We're largely a result of the environment we were thrust into -- and the people around us. There are occasional figures that rise above the system label: Ali, Jordan, Gandhi. But they are rare. 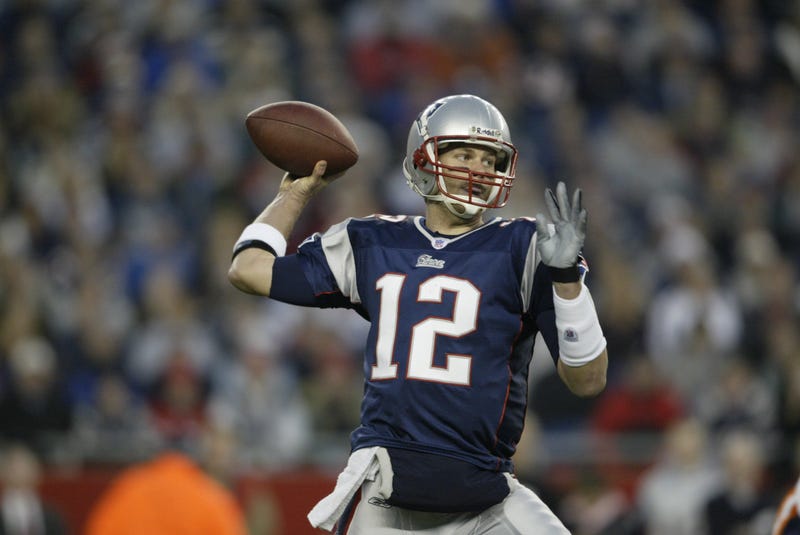 Football is the ultimate team sport, and every player is defined by how they fit into a system. Even players whose skill transcend anything that's come before them are reliant on everything around them. Lawrence Taylor got help from Bill Parcells (and vice-versa) with the Giants, Emmitt Smith had the best offensive line with the Cowboys. Who are Joe Montana and Jerry Rice if they didn't land with Bill Walsh in San Francisco? Was it just coincidence the best quarterback and best receiver in NFL history happened to play on the same team?

The current football player people are bringing up as the counter argument to the system theory is Chiefs star Patrick Mahomes. They say there's no system for someone who can throw accurate no-look passes, or do whatever this is.

Mahomes' highlight plays with Kansas City are just window dressing. In reality, he's played college and pro football in two of the great offensive systems. He came out of Texas Tech with a coaching tree that arguably created the original system quarterbacks, under the late Mike Leach -- players like Graham Harrell and Kliff Kingsbury. Mahomes was brilliant there, but he wasn't going to throw for 734 yards in a game, like he did against Oklahoma in 2016.

But then, Mahomes reached the NFL and got to play for Andy Reid -- a coach who's never had an unproductive quarterback. Reid's offense is unstoppable with Mahomes. But it's also been terrific with everybody-- from A.J. Feely to Kevin Kolb, and from Alex Smith to late-career Michael Vick. As supernaturally talented as he is, if the Bears had taken Mahomes with the No. 2 overall pick in 2017 instead of Mitchell Trubisky, recent history would look very different.

And all of this brings us back to Hurts. He is the MVP. The Eagles should give him a mammoth contract this offseason. He has a wonderful combination of skills -- mobility, strong arm, accuracy, and leadership. But Hurts doesn't rise above the system quarterback label. Hurts' offensive line is spectacular, and the addition of stud receiver A.J. Brown opened up the Eagles' offense in a way we just didn't see last season. 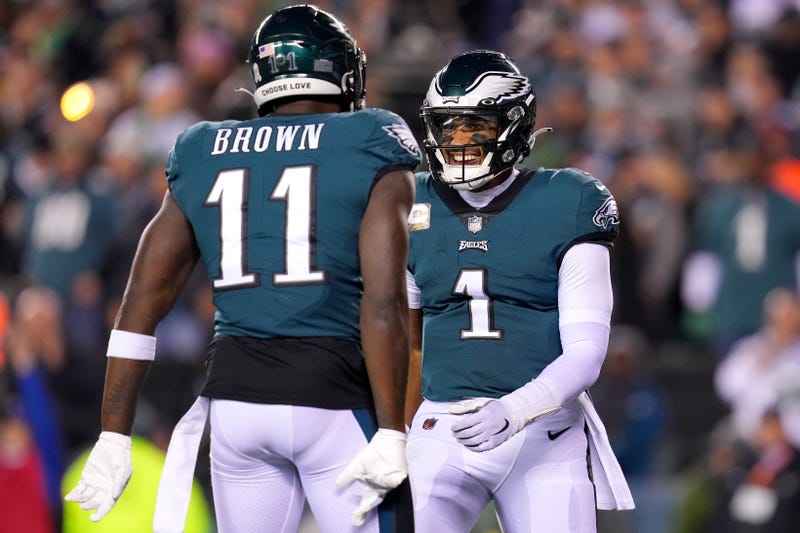 And all of this brings us back to Hurts. He is the MVP. The Eagles should give him a mammoth contract this offseason. He has a wonderful combination of skills -- mobility, strong arm, accuracy, and leadership. But Hurts doesn't rise above the system quarterback label. His offensive line is spectacular and the addition of star receiver A.J. Brown opened up Philadelphia's offense in a way we just didn't see last season.

As Parsons pointed out, the emergence of Miles Sanders (which is helped by Hurts) helped kick the Eagles into the next gear. Offensive coordinator Shane Steichen will be a hot name for head coaching vacancies over the offseason. Hurts has also helped elevate all of the parts around him. But he isn't the sole engine that's driven the Eagles' rise and dominance this season.

Philadelphia will use Parsons' comments as bulletin board material. But Hurts has no reason to be ashamed of being a system quarterback. He should turn the argument on its head and say he's proud to be part of the Eagles' system because, so far in 2022, it's been the best in the league.

The Beatles were a system band. No coincidence most of the greatest bands in rock history formed in 1960s Britain. Right time and the right place. Copernicus was a system astrologer. He's no Galileo. Columbus was a system explorer. He didn't even know where he landed. Shakespeare was a system playwright. Of course, that is if he actually wrote all those plays. Genghis Khan was a system marauder.﻿

Voltaire was a system philosopher. I mean, where would he be without the Age of Enlightenment -- which was the Air Raid offense of philosophical movements? Neil Armstrong was a system astronaut, and it was John Glenn who should've been first go to the moon. Ernest Hemingway was just a system novelist. Clearly a product of the early 20th century literary scene. Hemingway is the Joe Montana of American writers. Taylor Swift is also a system musician. Yeah, I went there.