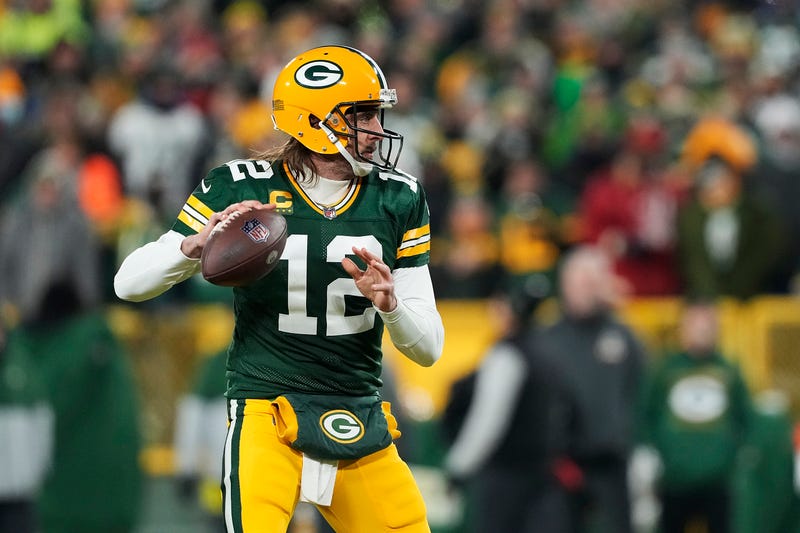 According to a recent report from ESPN, the Green Bay Packers -- hellbent on retaining Aaron Rodgers for the 2022 season -- have offered him a "significant long-term contract" that would "alter the quarterback market." This news from ESPN comes two days after ProFootballTalk reported that the Packers already have agreed-upon trade packages set up with AFC teams, if the reigning MVP ultimately wants to leave the franchise after 17 seasons and play elsewhere.

For months, the Denver Broncos have been discussed as a prime destination for Rodgers, and ProFootballTalk has them listed among the AFC's top suitors. At this time, it remains unclear whether the 38-year-old quarterback will return to Green Bay -- on Friday, NFL Network insider Ian Rapoport said that Rodgers is "truly torn." In recent weeks, the consensus had been that he's staying put.

"The biggest thing is, Aaron's not going to make a decision until he knows it's the last possible moment he has to make it," former Packers linebacker Brady Poppinga explained to the Reiter Than You show on Monday. "There's nothing worse than making a decision that, in a few weeks later -- depending on how certain chips fall -- all of the sudden, 'Ooh, I might need to pull that one back.' That's kind of where Aaron's at.

"He doesn't want to, all of the sudden, open up the door and say he's coming back, and they don't pull Davante [Adams] back or they trade Davante. You've got to understand, he wants a certain roster with the Packers for him to stay... There's a lot to be processed. And he's not going to rush to any conclusions until he absolutely has to make a decision -- or, until he gets an exact read on exactly how that Packers offense is going to look."

Rodgers produced his fourth career MVP season in 2021. In 16 total games, he racked up 4,115 passing yards with 37 touchdowns and four interceptions, and didn't commit a single turnover from Week 10 on. Rodgers also stepped up while battling a broken pinky toe, suffered in mid-November. The Packers' campaign ended on a sour note, though, as their offense scored 10 points in an upset loss to the San Francisco 49ers at Lambeau Field.

Due to contract restructuring, Rodgers currently has cap hit of $46 million in 2022, and if he plays out the campaign, he'd then be eligible for free agency during the 2023 league year. If he chooses to retire this offseason, however, he'd miss out on nearly $27 million in 2022. The Packers are $26 million over the cap as of Monday, which is the NFL's second-worst mark.