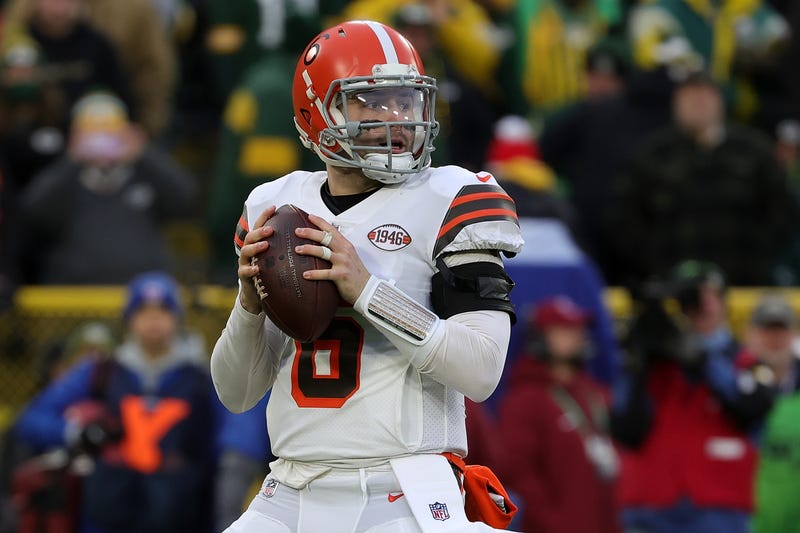 All signs are pointing toward disgruntled quarterback Baker Mayfield wearing a different uniform when the 2022 NFL season begins. But the long-anticipated divorce between him and the Cleveland Browns has yet to be completed, and it's still unclear how much longer the franchise will wait for a trade opportunity that may never emerge. Mayfield stayed put during last weekend's NFL Draft.

According to a recent ESPN report, the Browns never came close to finalizing a deal with the quarterback-needy Carolina Panthers, which traded up to draft Ole Miss leader Matt Corral in the third round. Cleveland's reportedly unwilling to negotiate Mayfield's release, too, leaving his future in limbo with embattled signal-caller Deshaun Watson joining that quarterback room. Mayfield's stock has plummeted, but former NFL linebacker Brady Poppinga believes that the 27-year-old has a chance to turn his luck around, if offered a better situation.

"I love Baker -- it's just a matter of getting him in the right position," Poppinga told the Reiter Than You show on Friday. "You're not going to give up a bunch of first-rounders for him, or give him some crazy amount of money. But, if you put him in a position where his back's up against the wall -- and he's got that chip on his shoulder, not feeling entitled -- he delivers, time in and time out.

"I'd be very intrigued to see what happens to him in his next stop. Because I think he's going to explode. And people will be like, 'Oh, this is the guy we all thought he'd become.' And again, it's going to be more circumstance based. For some reason, he needs to be in that, 'Everybody's against you, nobody believes in you, you've got to prove yourself' position... If he gets into that environment on another team, oh yeah, watch out. He'll be phenomenal."

Mayfield's 2021 campaign was a headache. For three-plus months, he played with a torn labrum in his non-throwing shoulder, and he underwent successful surgery to repair the injury in mid-January. Because of nagging problems with his shoulder, knee, and foot, the former Heisman Trophy winner threw for only 3,010 yards with 17 touchdowns, 13 interceptions, and a career-low 35.1 QBR in 14 games. Cleveland finished the season 8-9, and missed the AFC playoffs.

Last spring, the Browns exercised the fifth-year option on Mayfield and he's set to make $18.8 million in 2022. Despite the injury concerns and mediocre performances, Spotrac lists his current market value at $159.4 million across five years. With an average annual value (AAV) of $31 million, Mayfield would become the league's 10th-highest paid player and quarterback. But, there's virtually no chance that he'll receive this type of contract anytime soon.