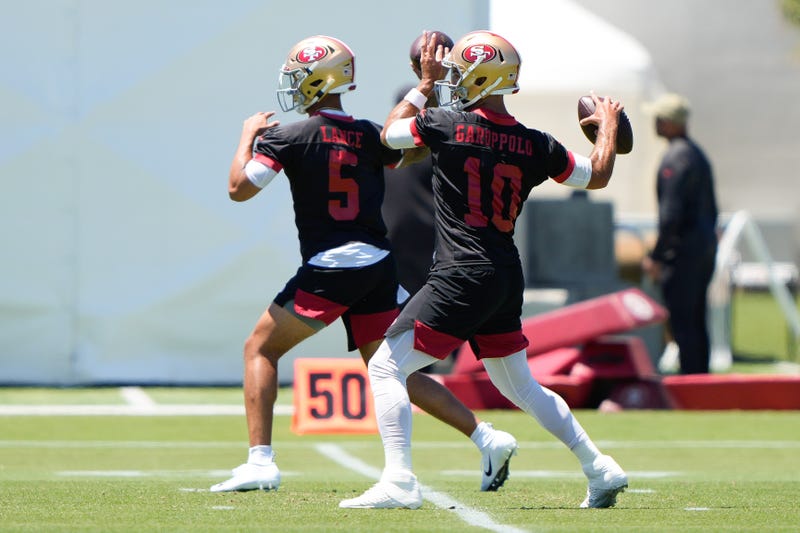 But could the coveted North Dakota State product see regular season snaps if the 49ers underperform with Garoppolo and slip in a tight NFC West race? Don't count on it, according to NFL Network insider Ian Rapoport.

"This feels more like Jimmy G's job is secure, and they drafted Trey Lance for the next 10 years, not next year," Rapoport told The DA Show on Friday. "And I think they also drafted him, thinking it might take a little bit of time. I was at Patriots practice yesterday. Mac Jones is doing fine, but certainly doesn't look like someone ready to step in Day 1. And Lance is, from what they say, someone who probably needs a little more time than that. So, I think they took him to sit, and I would expect him to sit this year."

Garoppolo, who turns 30 in November, has endured some unpleasant injuries since signing a five-year, $137.5 million deal with San Francisco back in 2018. He's missed 23 games across the past three seasons, due to a sprained right shoulder, a torn ACL, and a pair of high ankle sprains. In his lone healthy year in 2019, the 49ers happened to finish 13-3 and reach the Super Bowl.

The entire NFL conversation with Rapoport can be accessed in the audio player above.