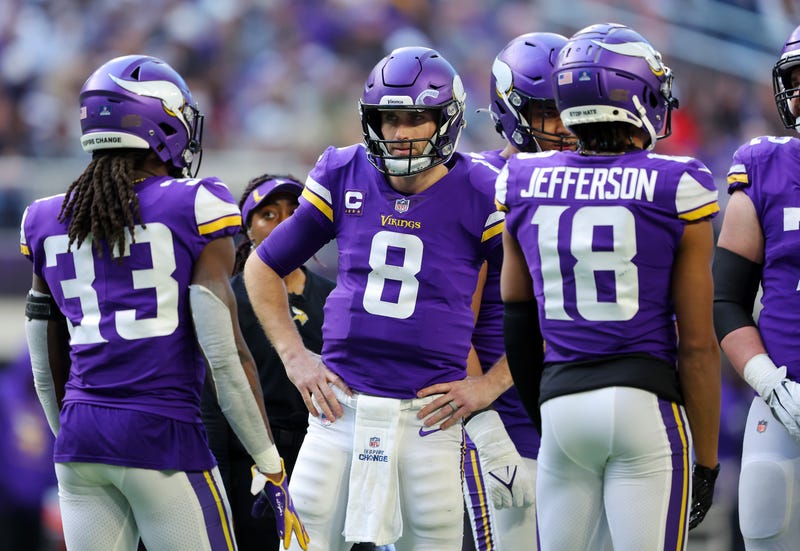 The Minnesota Vikings announced the firings of longtime coach Mike Zimmer and general manager Rick Spielman during the NFL's annual "Black Monday," the first time the organization has cleaned house with its top football leaders since 2005.

Although the Vikings (8-9) missed the playoffs for a second straight season, team co-owner Mark Wilf recently told reporters that he doesn't believe the situation requires a full rebuild -- their roster has a solid foundation that can be competitive again in 2022. It's one of the reasons why NFL podcast host Lindsay Rhodes views Minnesota as intriguing to coaching candidates.

"The Vikings are the best team in this mix, outside of Vegas. And the fact that you have Justin Jefferson, but also that really expensive Kirk Cousins contract just hanging around your neck," Rhodes told After Hours with Amy Lawrence on Wednesday. "I had Sage Rosenfels on my podcast last week, he said that he thinks Cousins is the reason they've been average for the last few years. Not Zimmer, not Spielman. It's Cousins, and the contract he has...

"If you have an average quarterback who's paid like an elite quarterback, that limits your ability to go get defensive weapons and bulk up that team around him... [Rosenfels'] argument was, Cousins doesn't make people around him better -- he's just good enough to do his job okay... It'll be interesting to see what they do at the quarterback position, because they might not be able to get much better in the offseason with him, at that price."

Cousins, whose total cap hit was $31 million this season, hasn't been able to lift the Vikings to new heights. The 33-year-old would certainly draw interest on the trade market -- he threw for 4,221 yards with 33 touchdowns and just seven interceptions in 16 games -- but the dollars remaining on his contract are a major question mark.

At the start of this season, Cousins' $35 million base salary for 2022 became fully guaranteed. According to Spotrac, he'll carry a $45 million cap hit during the campaign, which accounts for 21-percent of Minnesota's total salary cap. Unless the Vikings can find a willing trade partner for Cousins, it appears that he'll play out the final year of his contract and become a free agent in 2023. Over The Cap projects the team to be $11.4 million over the cap in 2022.

The entire conversation between Rhodes and Lawrence can be accessed in the audio player above.